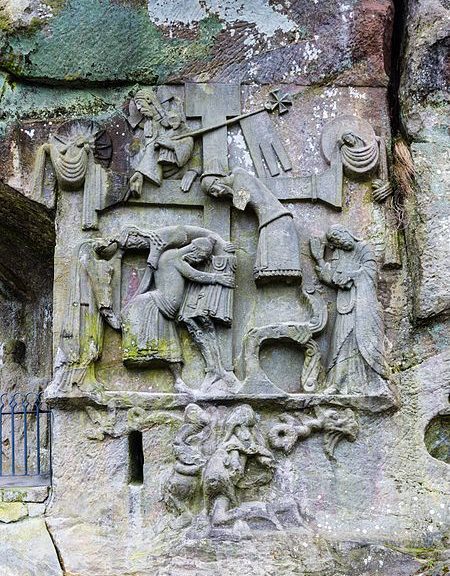 Oh, boy howdy.  I know I’m going to get flack for this post, but the question has been brewing in my mind for some time. Every time I see stylized depictions of the Irminsul, I feel uncomfortable. Not because of the original meaning of the Irminsul, but what it has grown to represent due to the blatant misappropriation by the neo-Nazis and the white supremacists.

So, before I get into the reasoning behind my question — and with all honesty, I do not have an answer to the question — let’s get into the history behind the Irminsul and why it is important to heathen beliefs.

Where the Irminsul Comes from 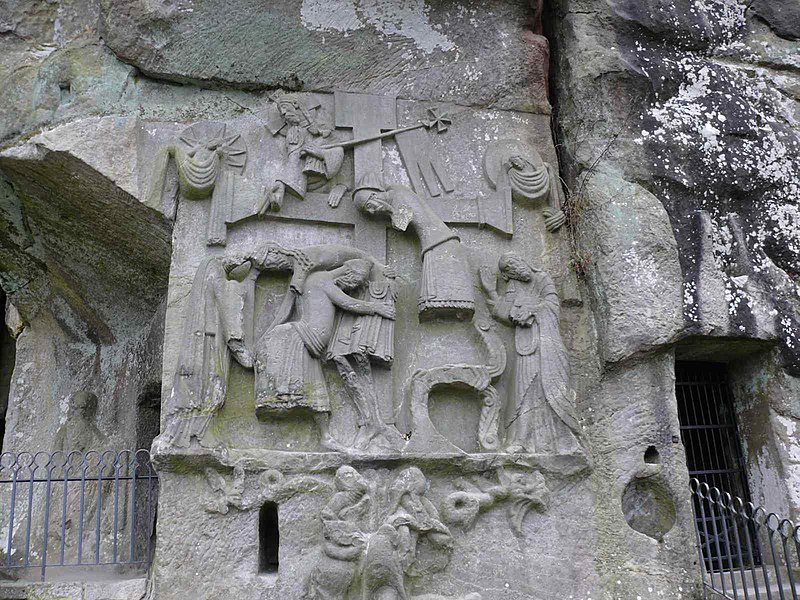 The Irminsul or Ermensul comes straight from the Saxons. Arguably it’s named after Irmin, a
presumably main Saxon god who is linked either with Tyr or Odin, according to early 20th century historians.This is a largely reconstructed god and may or may not have existed.  Many later scholars do not think there was such a god, instead thinking that the Irminsul was more likely a representation of Yggdrasil or the World Tree.

Dr. Karl E. H. Seigfried mentions the destruction of the Irminsul in this post, and also notes that the author who writes about it wrote the account 88 years after the fact.  He furthermore adds:

“The Saxon Poet writes that the Irminsul “was fashioned in the form of a huge column and contained a corresponding wealth of adornment,” but his account was written nearly 120 years after the destruction of the site. Such later sources must be treated with caution; sources contemporary with the Saxon war do not clarify whether the Irminsul was a carved column or a natural tree.”

So, not only do we have a questionable god, but also we don’t know if the Irminsul was a post or a tree.  And while it had a huge temple surrounding it, we really don’t have any archaeological evidence determining what it was.  While we do have one possible image of it, it is a Christian depiction and not pagan art. This piece of art appeared somewhere between the 9th and 12th centuries, most likely by an artist who had never seen an Irminsul.

The Axis Mundi, or Pillar of the World

The Irminsul, and Yggdrasil, for that matter, is a form of the axis mundi, or the pillar of the world. The concept appears time and again throughout most religions. The axis mundi is the link between the heavens and the earth, forming a bridge like the bifrost from the mundane to the supernatural. Too many religions to name have this conduit, and the Irminsul appears to be a representation of the conduit. I agree with later historians, (rightly or wrongly), that it was the Saxons’ form of the World Tree.

Corruption by the Nazis

It didn’t take long for the Nazis to point to Irminism and Wotanism as their own religions due to the evolution of Heathenry in northern Europe. A great deal of emphasis was placed on the site of Externsteine where, I kid you not, a psychic Nazi archaeologist, claimed there was an Irminsul, even though there is no physical proof of one. Look up Karl Maria Wiligut sometime. This guy created the SS logo and was a spiritual counselor for Himmler.  Fun times.

The sign of the Irminsul and the meaning had been adopted by men such as Heinrich Himmler, who was big into the occult. During these dark days, heathens saw their images such as teiwaz, othala, algiz, and sowelu become part of the Nazi symbols. The Irminsul was offered as an alternative to the Christian cross. 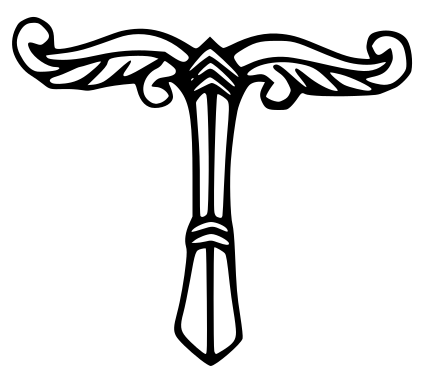 If you check out the JDL’s hate symbol database, you’ll be dismayed to find images such as othala, teiwaz, and other heathen runes to be part of the neo-Nazi symbols. You also may see something that looks like a skinhead crucified on a teiwaz rune.

Oddly enough, it looks like an Irminsul. And I suspect it’s intentional, as is the crucified skinhead looking like a mockery of the White Christ. Although I have no love for Christianity, the blending of the two images from two different beliefs, combined with the overall hate message has left me uneasy.  (Yes, I know Odin hung himself on the World Tree for nine days, but that was upside down. I really think this is a Heathen and Christian blending in a perverse way.) This combined with the obvious Nazi history of the Irminsul has corrupted it to the point where I’m not certain we can ever win it back without the soiled context. Look at the swastika and tell me that it is free from the Nazi taint, even though it was an ancient rune and symbol. It’s foolish to think otherwise.

If you don’t think it is still considered by the Nazis as part of the symbolism, I’ll point to the recent vandalism at Externsteine by the neo-Nazis. They consider it part of their beliefs in a big way.

So, Where Does that Leave Us with the Irminsul?

So, where does that leave us with the Irminsul?  With all honesty, I haven’t a fucking clue. It’s the World Tree, the axis mundi, and a symbol of the Saxons. But do we use the stylized Christian depiction, or go with something else?  Do we even bother with the term Irminsul and call it the World Tree?  Given the shaky ground we’re already on historically, do we even bother with it?  Or do we take it back somehow?  Maybe others will have a better idea which way to go with it, I sure don’t.

My own instinct is to let it die and stick with the World Tree.  It may not be the best solution, but it is one I am more comfortable with.  Either that or come up with a better depiction of the Irminsul which may be more historically accurate, and less, well…, Nazi.

To ensure my patrons are getting to read this before the rest of the world, I have moved my post publishing schedule to weekly Mondays. My patrons will have exclusive access to the post on the weekends before everyone else.  How cool is that?

10 thoughts on “Is it Time to Abandon the Irminsul?”