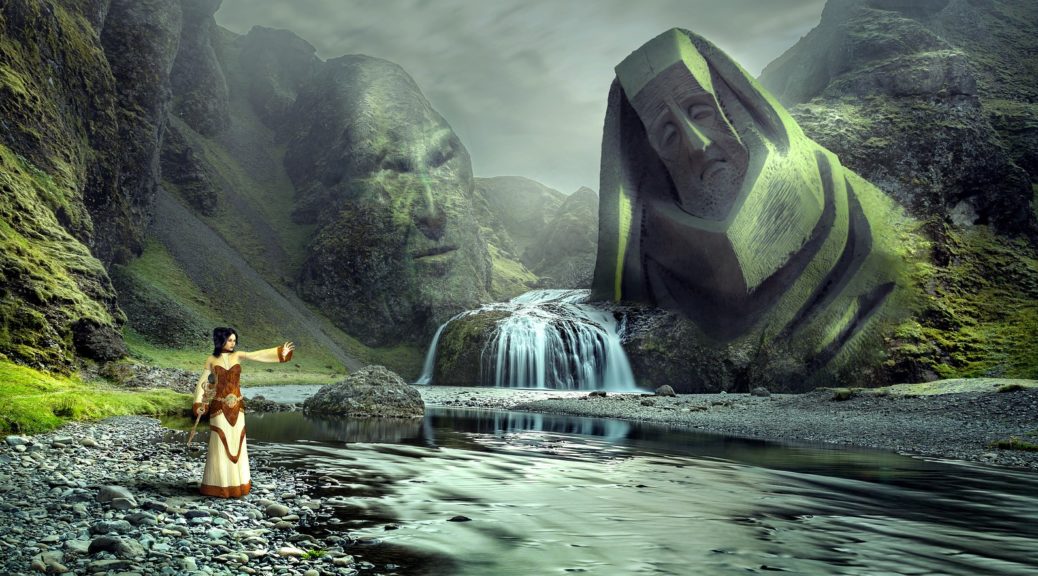 If you’ve been a Heathen for any amount of time, you’ve heard of UPG or Unverified Personal Gnosis.  If you don’t know what that is, let me explain.  It’s when you have contact with our gods in the forms of communication, thoughts, or inspiration that cannot be verified because they are personal.  They can be little things, such as knowing that Freyja loves chocolate (she does, by the way). Or UPG can be big, such as the hand of Thor grabbing you and demanding that you become his gothi or gythia.  (Far be it from me to tell you otherwise.)  So, what’s the big deal with Unverified Personal Gnosis, and why is anyone fussing over it?

What’s All the Fuss? 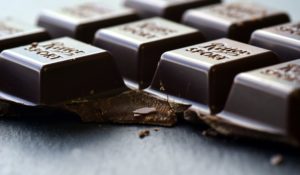 s over Unverified Personal Gnosis because it is something that isn’t easily provable. It’s personal, meaning that only one person has had that revelation.  We can’t go back and quantify that the gods really did speak to that person.  To use logic, it’s very hard to prove a negative.

Let’s take my assertion that Freyja loves chocolate.  You might ask me how I know that.  It could be anything along the lines that chocolate makes people feel like they do when in love, Freyja always accepts my petition when I offer a blot of chocolate, or Freyja told me she loves expensive organic, fair trade, 95 percent pure cocoa chocolate.  Any one of those could be the reason I give you, and it’s up to you to decide if that really did happen, if I’m a bit crazy (or on mind altering substances), or if I lied to you.  Maybe you talked to Freyja and she told you she hates chocolate.  Or maybe she likes the cheap chocolate from two Halloweens ago.

Whatever.  The point is that as Unverified Personal Gnosis, the knowledge obtained can’t be readily verified because it is personal. It’s my word against yours.  And with some people, it’s in the realm of woo-woo and make believe. 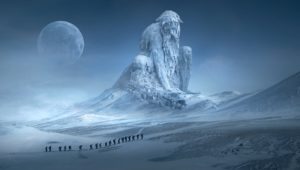 Can Unverified Personal Gnosis be Verified?

The question then is whether UPGs can shift into the realm of being verified.  That is a good question, but I suspect that since we just can’t call up the gods any time we feel like it, the answer is no.  Even so, sometimes people can corroborate experiences.  When I received some very amazing UPGs, I actually mentioned them to a gythia or two.  They could confirm that the information I received fell in line with what they knew of those particular gods.  Some of what I experienced were similar to what the gythias’ own UPGs were about.  In other words, I felt fairly certain about my experiences.  Whether anyone else thinks they’re real is another matter.

I’ve known people who have claimed to be god-wives.  I honestly can’t say that I believe their experiences 100 percent, but that is their UPG and not mine.  My UPG doesn’t conflict with theirs, so I really can’t say that it didn’t happen.  But at the same time, there’s no proof that someone hasn’t married Odin or Loki or Thor, just as there is no scientific proof that any of the gods actually exist.

The Burden of Proof Lies with the Person Making the Assertion

Logic dictates that the person who makes the assertion is the one who needs to provide proof.  For example, if I assert that there is a pink unicorn on my front lawn, I have the duty to prove to anyone that there really is a pink unicorn on my front lawn if I want people to believe it.  Otherwise, it’s my lawn and my imaginary pink unicorn amusing just me and the rest of the world doesn’t care. Likewise, we can claim there is a Thor, Tyr, and Odin, but if we don’t provide substantial proof, their existence is a matter of faith.  In other words, you won’t win any logic debates with an atheist if you pull out the faith card.

Proof in the gods’ existence doesn’t mean people had oral traditions about them and wrote them down some 800 to 1000 years ago.  Archaeological finds that verify people worshiped these gods is not proof, either.  Proof means that you can produce undeniable evidence of the gods’ existence which can be duplicated by others using your methodology.  So, our Unverified Personal Gnosis is just that — unverified.

Enter the Recon (Or Why Accept Historical UPGs and not Modern Day UPG?) 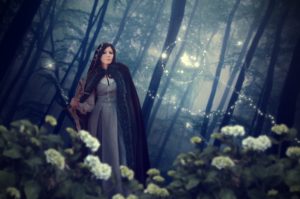 (Oh shit, someone knew I was going to drag them into this.)

Some reconstructionists tend to be lean more toward the atheist beliefs (or lack thereof) and less toward faith. ( I say “some” because I do know some recons who do accept UPGs as part of our religion.)  These so-called Heathens will tend to dismiss, and even make fun of, other people’s Unverified Personal Gnosis.  This is a religion, not a LARP with extra study.

That being said, I have to wonder why they are quick to accept past Unverified Personal Gnosis and not modern day UPGs. At one time, every story we have about the gods and wights came from someone’s UPG somewhere.  It stands to reason that we can’t possibly verify any of the myths and legends we have about our gods, so either we accept them as UPGs and move on, or we thoroughly discount them as having any basis in fact.

Just because we find some stories in the Eddas and other documents as being historical does not mean that the entire piece can be taken as purely factual.  We know this because science proves that our world isn’t made from the body of Ymir, there was no giant cow licking rime ice to create the first gods, and earthquakes do not come from Loki being splashed in the face with venom.

Accept Unverified Personal Gnosis for What it is

UPGs are, by definition, personal.  My UPGs may sometimes contradict yours, should you have them, and other people’s UPGS may contradict each others.  Some UPGs will be shit made up by people, whether because they want to feel important, misunderstand what happened to them, or because they are mentally ill.  I suspect that Unverified Personal Gnosis acted that way with our ancestors. 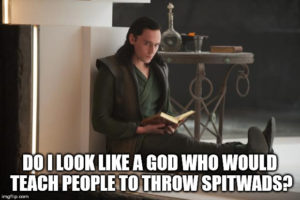 UPGs had to be the way our ancestors learned about the gods.  Think about it.  There wasn’t a giant classroom with a bunch of Heathens sitting around throwing spitwads at each other while Odin tried to teach them cosmology.  (Or was it Tyr?)  I can just imagine Loki teaching everyone how to misbehave while Thor comes in to maintain order.  Yeah, warped mind.  Deal with it.

But I digress.  Our myths and legends sprang mostly from UPGs.  People in certain kindreds accepted UPGs from others who were respected in the community and UPGs from those whose stories corroborated.  Different places most likely had their own stories and even tutelary gods and goddesses, but their stories have morphed or outright disappeared with the coming of Christianity.

My point is that we should not shun UPGs, but we should embrace them.  We have a chance to rebuild our Heathen past and blend it with today’s knowledge.   We can do so by recognizing UPGs for what they are and accepting those that make the most sense.

16 thoughts on “Why Unverified Personal Gnosis should not be Dreaded”