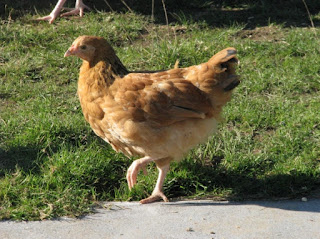 changing Heathen and Asatru groups.  Quite frankly, I just don’t get it.

Apparently folks here like to hear about the cluckers, so let me tell you a story.  My mom would only eat white eggs (true story).  She thought the brown eggs tasted funny.  She was pretty sure there was something wrong with the brown eggs, because they were brown and not white.  Try as I might to convince her otherwise, she hated brown eggs.

When my coworker sold chicken eggs from his farm, the eggs were brown.  I bought the eggs and enjoyed them.  My mom wanted fresh eggs, but I told her he only had brown eggs.  She was disappointed.  She actually told me to tell him to get chickens that laid white eggs.

My coworker told me that egg color had to do with the breed of chicken (back before I had my own flock).  He explained that most white egg layers were leghorns.  He considered leghorns to be flighty and aggressive, so he didn’t have them. Instead, I believe he had Rhode Island reds, which he thought were more docile. (I actually think they can be a pain, too, but that’s my opinion.)

I told my mom this, but she never ate a brown egg if she could help it.  As a result, she didn’t get farm fresh eggs. 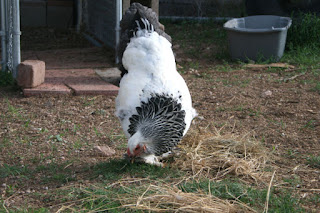 Obviously people aren’t chickens, but there’s a good point here. Whether you eat brown eggs, white eggs, green eggs, or blue eggs, they’re all from chickens and they all taste good if they’re fresh. I tend to like the blue/green eggs because they’re cool looking, but I’ll eat brown and white eggs too.  Oh, and I have chickens that lay chocolate colored eggs.  Those are the coolest to see.

Now, granted people aren’t chicken eggs, but the prejudice is similar enough to talk about.  It’s about judging by the outside wrapping. You can’t look at an egg by the color and say it is a great tasting egg.  You can’t point to a brown egg and say it is better than a white egg because it it brown.   Likewise, you can’t point to a white person and say he or she is better than a black person just by the color of their skin.

Apparently, Some People Don’t Get It Race is a construct. We’re all humans under the skin.  We’re mostly Homo Sapiens mixed with Neanderthal and Denisovian.  We may have genetics from a third race (race in the true sense) running around in us.  And you know what?  Only those who are purely from African roots are pure Homo Sapiens.  Surprise!

So, if you’re a white person, you’ll find you are not only not a race, but you’re a mutt as well.  There isn’t anything special about that white skin, except that those of us with lighter pigment needed it to absorb more of the sun’s rays to produce enough Vitamin D to avoid rickets. Gee, using color is really a great way to determine worthiness of an individual. NOT!

My Experience with Nazis

When I was growing up, no one except the fringe lunatics would ever consider joining the Nazi cause.  Hitler’s Germany was a totalitarian government.  He oppressed people, including his own people. Hitler and his Nazis tortured and murdered millions.  And he started an incredibly horrible and costly war that involved most of the civilized world. 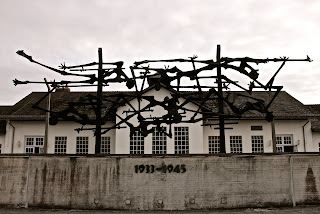 I was born less than 20 years after that war, which probably puts me on the end of the Baby Boomer generation. My dad joined the Army when he was 17. He was in Germany after the war and got to see the horror of the concentration camps and the overall devastation.  He was also in Japan in the late 50s.

I grew up knowing full well that Hitler and his Nazis were evil. It is no secret, which is why it puzzles me that anyone would be attracted to those beliefs.

Uh, You Weren’t Even Born Then

A lot of white supremacists weren’t even born during the time Hitler rose to power, let alone experienced the Third Reich for themselves. Hitler and the Nazi party rose to power because of the terms of surrender enforced on the Weinmar Republic after World War I. We could argue all day whether the Treaty of Versailles actually caused Hitler’s rise to power and World War II, but that’s not really the point of this piece.  If you were born after 1945 and claim to be a Nazi, I’d asked with all sincerity, “What the fuck?”  You weren’t affected by the war personally. Maybe your grandparents were, or great-grandparents, but seriously?  It’s HISTORY.  Most WWII veterans are dead. Most people who lived through it are either dead or in nursing homes.

Nobody has Held you Down

One of the things I really don’t get about white supremacists is the thought that other ethnicities (often called incorrectly, “races”) are inferior and that somehow they’ve held the white man down.  Seriously? Let’s address the holding the white man down idea first.

According to the United States census, about 77.1 percent of Americans are “white,” and “whites” are expected to remain in the majority at 73.1 percent by 2050. Looking at the largest minority class, that being blacks/African Americans, they are around 12.4 percent in this country.  Every other minority is a smaller percentage yet. As for businesses, guess who owns them?  Yes, whites.  According to US News and World Report, only 17.5 percent of businesses were owned by minorities.

Now, let’s look at the Jews, since the white supremacists and Nazis seem to have issues with them.  In the United States, we have a 2.2 percent population (or 5.3 million people) of those who are Jewish out of a population that is more than 300 million.  This includes those Jews who are atheist, those have a Jewish background who don’t practice, and those who only consider themselves partly Jewish. 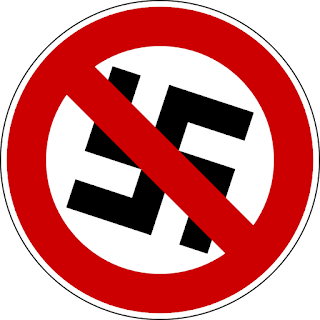 Are there a lot of Jewish business owners?  Yes.  Why is that, you wonder.  Could it be that they worked their asses off to get where they are today?  Could it be that because they weren’t allowed to own land in the past due to discrimination during the Middle Ages, they were forced to become bankers (because Christians didn’t become moneylenders at the time) and business people?  So, they have a legacy of working in those areas. Nowadays you have fewer people who identify as Jewish than back in the 1950s (I believe the number was around 4 to 5 percent), so those whom you consider Jewish don’t even consider themselves such.

If you feel that Jews or other ethnicities have caused some sort of wrong against you, I’ve got news for you.  You’re wrong. Nobody has held you down.  If you’d get off your ass and get a job, or at least move out of your parents’ basement, it would be a good start. You can still get educated, get a job, and be a productive member of society.  Look, kid, nobody hands anything to anyone on a gold plate.  You have to go out and work for it. Quit wasting your time with losers (the Nazis, by the way, were and still are, losers), and try working toward improving your life.  You’d be amazed at what a change of attitude can do.

I hope I’ve at least given you some thoughts to consider. If you’re the bigoted type, maybe I’ve brought you a bit out of your comfort zone to start thinking about your worldview. Maybe you might quit blaming other people for your problems. Or maybe, at least, you won’t care what color your eggs are.