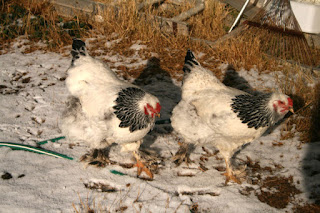 Saturday I went down to the food bank to drop off some eggs from my chickens. They had been
laying up a storm and there was no way for me to use them all up or sell them before they went bad.  So, I went to one of the many food banks we have in the town nearby and dropped them off.

It happens that this is a food bank run by Christians.  You go in there and chances are you’ll hear some talk about Jesus.  I expect that.  But what I didn’t expect to hear was one of the folks saying that they were helping the poor “because they love Jesus.”

I almost asked, “Would you still do this if Jesus didn’t exist?”  But I didn’t feel like taunting the people who were helping me out.  After all, I was under their roof.  But it did get me thinking.  Would these people really operate a food bank and help the poor if their god didn’t promise some sort of reward, i.e. eternal salvation, for it?

This is the problem with being a follower of Tyr.  You get lots of uncomfortable and unpopular ideas.

Are They Giving Because it’s the Right Thing to do? 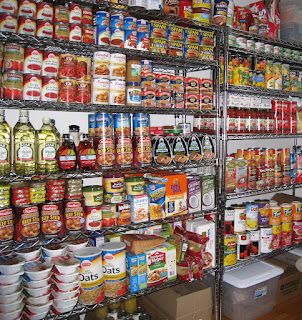 To me, the whole idea of helping the poor because they expect a reward in return seemed disingenuous.  I mean if you’re helping the poor because your god commands it and not because you genuinely care about other human beings, you’re basically a fraud. Granted, you’re a fraud doing good work, but you’re expecting something instead of being as altruistic as you claim to be.  Now, one can argue with me that the motivations really don’t matter; it’s the actual act of providing food to poor people that makes the difference.  And you’d be right to a certain extent, because people can’t eat intentions. People eat food. But by the same token, it helps to understand what the motives are because it may be the difference between feeding people and not.

My Intentions aren’t Pure, Either

I’m not saying my intentions are lofty. To be brutally honest, I had too many eggs and I hate to see them wasted.  I also will take a tax write off, if I can find the slip they filled out for me. I suppose I could have used the eggs to feed my dogs or even thrown them out, but as I said, I hate wasting things and if I can’t use the eggs, I’ll give them to people who will use them. But I don’t expect an eternal reward over just being nice to other people.   I suppose one could argue that I am helping those within my “tribe,” and I am just offering help to those in need.

Ethics of Reciprocity (or the Golden Rule)

No doubt you’ve heard Jesus’s proclamation to “do unto others as you would have them do unto you.”  That “Golden Rule” is actual a version of Ethics of Reciprocity and all religions generally have their own versions. Even ours.  We should treat people the way we want to be treated. (Or don’t be an asshole.) The reason is pretty clear–if everyone is nice to others, we all get along.  Look at the way we’re told to treat travelers: we are to open our homes and treat them well. We hope to have that same treatment should we travel.  In earlier times, those who traveled needed hospitality in a dangerous world. While our world isn’t quite as dangerous (at least in developed countries), hospitality in a strange place is welcome.  It is a form of Ethics of Reciprocity.

Which Came First: the Christian or the Eggs? 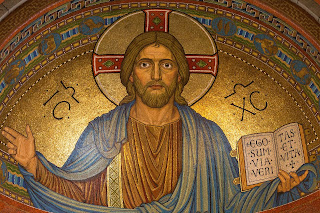 Getting back to the whole Christian thing, I really had to wonder what kind of people I was dealing with.  If these people did acts of kindness only because their god commanded it, what kind of people did that make them? Would they act another way if their god didn’t tell them to behave?  And what if they found out I was Heathen and not Christian?  Would they change their behavior after finding out?

There are other food banks around town, some run by Christians and some that are simply nonprofit without any religious affiliation. It happens that I was in town on a day when the Christian food bank was open and the unaffiliated food bank was closed.  To me, it didn’t really matter what the affiliation was as long as it went to someone who could use them, but you see, the unaffiliated food bank volunteers didn’t necessarily work in the food bank because a god dictated it.

Heathenry as an Adult Choice 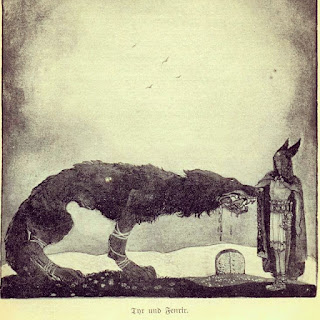 One of the things I like about Heathenry is the lack of divine handouts of rewards and punishments. We really don’t have a code of conduct that commands us to behave, although the Havamal highly recommends certain behaviors. It makes sense that our gods want us to act like adults, rather than kids who need to be afraid of a punishment if we don’t behave.  Adults usually don’t expect gold stars when they do something nice, nor they expect external damnation for being shits. Now, if we break the law, there are certainly punishments, and there are certainly consequences to our actions, but that is usually handled within our interactions with other people. You act like a shit and people will behave negatively toward you. You behave and act nice, people are more likely to be positive.

I guess the upshot to this very long–and getting longer–post is that Saturday I got a really good look at the differences between Christianity and Heathenry– besides just the monotheistic versus polytheistic mindset. As a follower of Tyr, I’m pretty transparent in my motivations; Christians, however, do nice things because they’re earning brownie points with their god (assuming he exists). While heathens can be sneaky and crafty, one of our big no-nos is breaking oaths.  Christians, however, have a whole slew of commandments where many believe if they just believe in Jesus, they will be forgiven.  Their commandment to not “bear false witness against thy neighbor” generally means to not lie, but oaths seem to not exist, except perhaps in marriage.  And those can evaporate into thin air with divorces and annulments.

Perhaps it’s a matter of being genuine. I spend each day trying to live honestly, so when I see duplicity, it sort of gets on my nerves.  It’s that Tyr thing again.

Coming Out as a Heathen