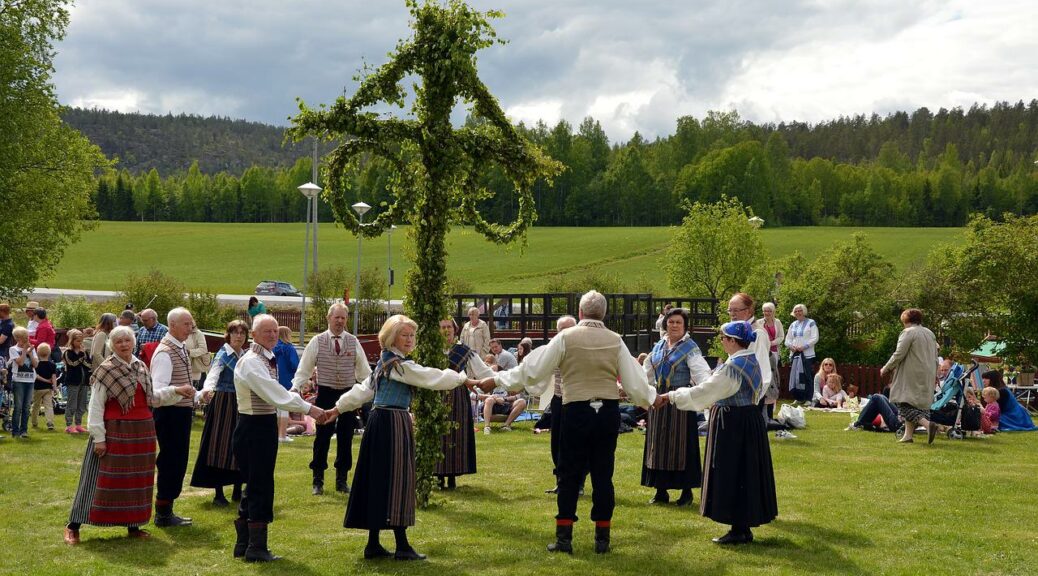 Beltane is a Gaelic observance that occurs on May 1st each year. It is to herald the arrival of summer. As a Heathen, I hardly notice that May 1st is here, but I don’t necessarily begrudge the Celtic pagans and the Wiccans their holiday.

However, we Heathens apparently have something that overlaps Beltane, and that is, the May Pole or Midsummer Pole. 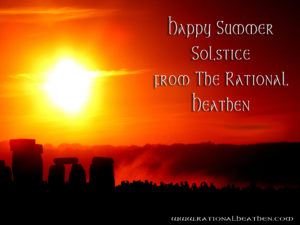 As Heathens, we tend to celebrate the solstice rather than Beltane. The summer solstice marks the longest daylight hours, and the ongoing darkness. After the summer solstice, daylight starts waning. In the North, it can be very obvious. In the North, our ancestors tended to think in terms of Winter and Summer. The rest of it was simply transitional times, with special events marked, such as Harvest and Entschtanning.

But then, there’s the May Pole. Which is sort of an oddity that Northern Europeans seem to have inherited from pagan times. Different regions have different observances, from nothing to partying, drinking, feasting, and dancing.

But What About Beltane?

I look at Beltane as one of those holidays we can certainly celebrate as Heathens. According to the Wikipedia article, herdsmen would drive their cattle between bonfires that the druids built to bless them and prevent disease. While I realize that Wikipedia can have errors, it at least sounds good to me.

People nowadays light bonfires, party, and feast. Probably some debauchery along with that, but hey, whatever floats your boat. I’m reminded of the song, “The Lusty Month of May” from the musical “Camelot,” whenever I think of May 1st and Beltane. Go figure.

In the United States, the whole May Pole concept got nixed by the Puritans, who figured it was one way to celebrate pagan gods and commit debauchery. So, when the International Worker’s Day thing started in 1889, Americans already had Labor Day, which came about in 1882. And since the May Day thing was linked to the Labor Movement, which was linked to Communism when I grew up, I knew damn little about its pagan roots.

The fact that the two celebrations are completely unrelated was somewhat confusing to me as a child, and I never really paid much attention to it.

Plus, unless you were into pole dancing, it seemed kind of lame.

Every day is May Day in a strip club.

Well, okay then. We all can agree that the May Pole may have to do with phallic imagery. Apparently, in Bavaria, young men try to steal the May Pole after it is erected in April. If they succeed, then the town which has had its pole stolen must buy the other town beer on May 1st. I’ll leave your active imagination to work with that one.

According to Wikipedia–which isn’t the authority on the matter, but I’m lazy–May Day was celebrated as Walpurgis Night to celebrate the canonization of Saint Walpurga. Apparently, the Roman Catholics still had to change May 1st to venerate Mary with flowers, because Walpurgis Night wasn’t cutting into the communist celebrations of International Worker’s Day.

Celebrating the May Pole

At this point, I can say with some certainty that May Pole celebrations are probably Heathen, or at least pagan, in origin. There are enough traditions throughout Europe of jumping over fire and dancing around an Axis Mundi to accept that this is a legitimate celebration that came before Christianity. Some scholars have linked it with the Irminsul, which is the World Tree. So, maybe it is something worth celebrating.

At least we should consider going to the neighboring village and stealing theirs.