Well, okay, that was a shocker.  Sometimes I need to be reminded that the world really is weird and sometimes despite my statement being The Rational Heathen, I find something I can’t explain.  This time, it’s wights.

How This All Started

I’ve been reading quite a bit from the Atheist Republic  and finding that I have a lot in common with those unbelievers. I’ve never pretended to be a devout religious fanatic, which is why when I’ve communicated with Tyr and some of the other gods, I’ve felt like, well, a poser.  You see, I’d call myself agnostic in a heartbeat — except for that.  Today I was feeling pretty ambivalent about the gods and was about to say something on a private Facebook group about it, and when I hit enter, the words vanished.

None of my other posts had.  Just those.  Tried again.  Poof.

I wrote “Okay, I was going to talk about my indecision about going back to atheism and the wights blew my words away. If they don’t behave themselves, I’ll threaten to call down Thor.”

I hit enter.  The only thing that appeared was Okay.

I edited the post and began to wonder what the fuck was going on.

Do the Wights Really Listen?

Well, crap on toast.  I don’t know what to think about that little interchange.  As a friend put it when I bemoaned why Tyr would even venture to approach a near atheist, she said “he must like a challenge.”  I guess that’s true.  I don’t know why Tyr would consider me, but I have some suspicions. And I’ve been surprised at some of the allies he’s picked to help me.  Maybe the wights are just part of that group of allies.

I kind of wonder since I did a salt ritual recently to clean out the bad wights if the good ones have stuck around and are trying to keep me heathen.  You have to wonder when your computer only acts weirdly when you write about them or question your own heathenism.  It doesn’t fuss when working on other more intensive projects.  Just saying. 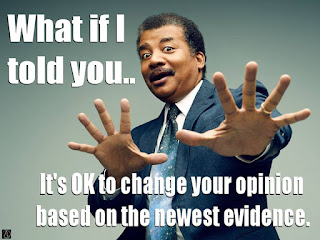 Some days I feel like maybe it’s all a delusion and I really need to accept that there are no gods. I think that maybe I’m just giving myself consolation by thinking there are entities greater than ourselves that can help us through life.  Otherwise, life gets scary if we really think we’re on our own.

I can’t help but wonder if this was the rationality in looking for gods and wights.  It’s a big scary world when we can’t depend on anyone but ourselves.  That being said, I get weird shit happen when I question it. It’s like the gods set up those pesky wights to keep me in line.

I’ve still been losing critters, but not at the rate it has been.  Of course, some of it is just plain bad luck.  Some of it has to do with diseases.  I think it is funny when I start writing about wights, they pay more attention.  Maybe that’s the way heathenism works.