I’m not a Lokean. So, when I talk about Loki, I’m probably talking bullshit.  Loki, to me, is the chaos god, pure and simple.  He and his children bring disorder from order. He’s also the god of fire.  If you look at his parents, Laufey (Leaves) and Farbauti (Evil Striker), he’s fire from a Jotun who causes wildfires.  So, we’re looking at an untamed, natural force.  Also chaos. Where I’m Coming From on This

Tyr is my main god.  He brings order.  He sacrificed his right hand to contain the ultimate destructive chaos: Fenrir. Even though Fenrir slays Odin in Ragnarok, Garm, slays Tyr.  (For those who need UPG warning, here it is) Garm is really just another form of Fenrir.  Technically Chaos will overcome Law, which is why I believe Garm=Fenrir.  Tyr, incidentally, concurs.

But Back to Loki 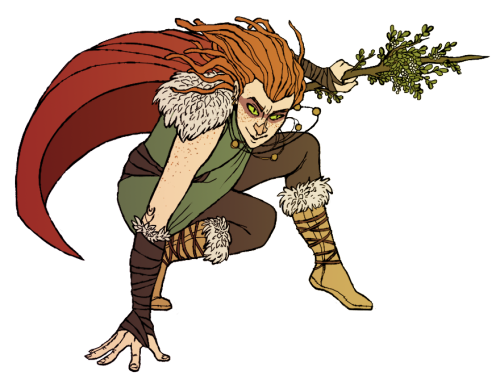 I have heard Loki occasionally.  He’s sort of a pest when he wants to be. Other times, I get the feeling he’s been a misunderstood trickster. I can see his appeal.  I love the stories about Thor and Loki traveling to Jotunheim.  Loki is very fun in these stories. In fact, until he tricks Hodur to kill Baldur, he’s just a trickster with some very attractive but dangerous aspects.

Of course, Tom Hiddleston of the Marvel Thor movies, probably adds to the allure as a bad boy and creates some Lokeans. That being said, I don’t see Loki as the Marvel Loki.  Maybe that’s because I recognize him when he shows up to pester me no matter what form he takes? He is not a god I particularly want to antagonize, but he isn’t one I turn to for help as a rule. If I have problems with Loki getting wild, I can turn to Tyr and Thor for help. Beyond that, I really don’t have much interaction with him, except when Tyr sent him to me.  (Long story, that).

Is Loki the Enemy?

Many of those in Asatru tend to think Loki is evil and an enemy.  In fact, many heathens argue that Loki isn’t a god at all since he came from giant blood. But that really doesn’t make much sense. If it did, then we’d have to discount Thor, Skadi, and Tyr as gods because of their frost giant blood.  I don’t think of Loki as evil and I actually do consider him a god, but  he’s not my god, either.  I see Loki as a necessity for the universe to work, but he can be dangerous without controls. I look at Loki as the 2nd Law of Thermodynamics.  If you don’t recall it from high school or college physics class, it states that energy states go toward the lowest point of energy. Basically things progress toward entropy. As a teacher once said in physics class: “Things fall apart and break, homes get messy, and students fall asleep.”

Those who dedicate themselves to Loki (who aren’t the Marvel fan girls/boys who are just worshiping an actor) need to have an understanding of what exactly they’re pledging themselves to. Loki isn’t evil, but he isn’t good either. He simply is.  Misunderstood?  Perhaps. Troublesome?  Often. I look at Loki as a god who probably takes the name Murphy occasionally.  At the same time, he can bring about tremendous good as well. It’s unexpected, but that’s his nature. I’m friends with people who are Lokeans. Even though most Lokeans seem to be nice folk, Lokeans are sort of the peeps whom many in Asatru wish would just go away. To be honest with you, I think many of them are a lot more interesting and fun than many who follow Odin. I certainly like them better than the Odinists who pervert Heathenry into Neo-Nazism.  Most of Loki’s fans are neat, creative people. Some of them claim to be Loki’s wives.  As puzzling as it might be, who am I to say what that trickster is up to?  Not my circus; not my monkeys. Do I believe in these things?  Eh, not so much.  But this is my belief and I really haven’t explored the subject.  So, if you’re a Loki wife and you’re pissed, don’t be. I’m willing to at least consider it happens, but I don’t know to whom or why. 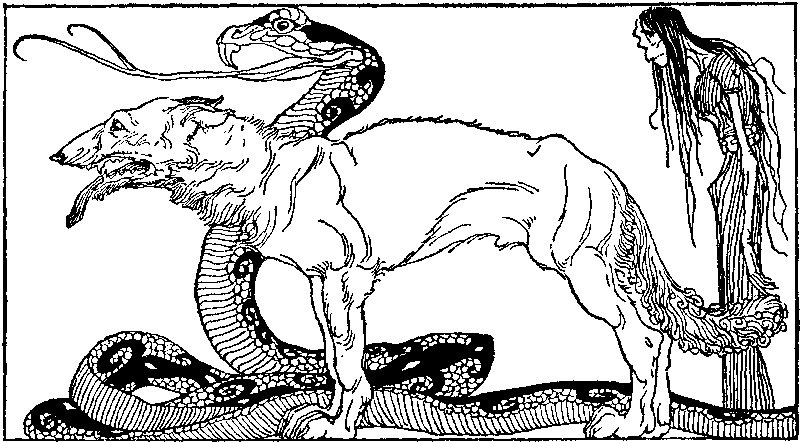 Now, whether you think that the whole Rokkatru sect is crazy for embracing Fenrir and Loki, think about why they might. I suspect it’s along the lines of what seems unfair in the writings we have. I, too, have problems with the binding of Fenrir because the wolf didn’t do anything. But maybe it’s more of a symbol how chaos must be kept in check or we lose the universe. After all, without physics, we’d be dealing with–well, something that looks remarkably like Ragnarok. So, the wolf had to be bound, but at a cost. Hence we talk about Tyr losing his right hand. What does that symbolize? Obviously a loss of power to control chaos to keep this universe from shaking apart.

I honestly don’t care if you follow Rokkatru. We may be opposites in some ways because of your beliefs, but that doesn’t make you my enemy in this lifetime. Your words, actions, and deeds make me decide whether you’re my friend or foe. You aren’t someone I have a quarrel with unless you do something that violates my ethics. That being said, I do have some advice: be aware whose side you’ll be on whenever Ragnarok comes. In that case, you and I may be on opposite sides. I don’t have a problem with this because no matter how many lives we all have, we’re pretty much bound by the Wyrd.  Just don’t cross me in this lifetime and I’m sure we’ll be okay.

Rokkatru — Or the Other Side of Asatru

One thought on “What I Think About Loki”