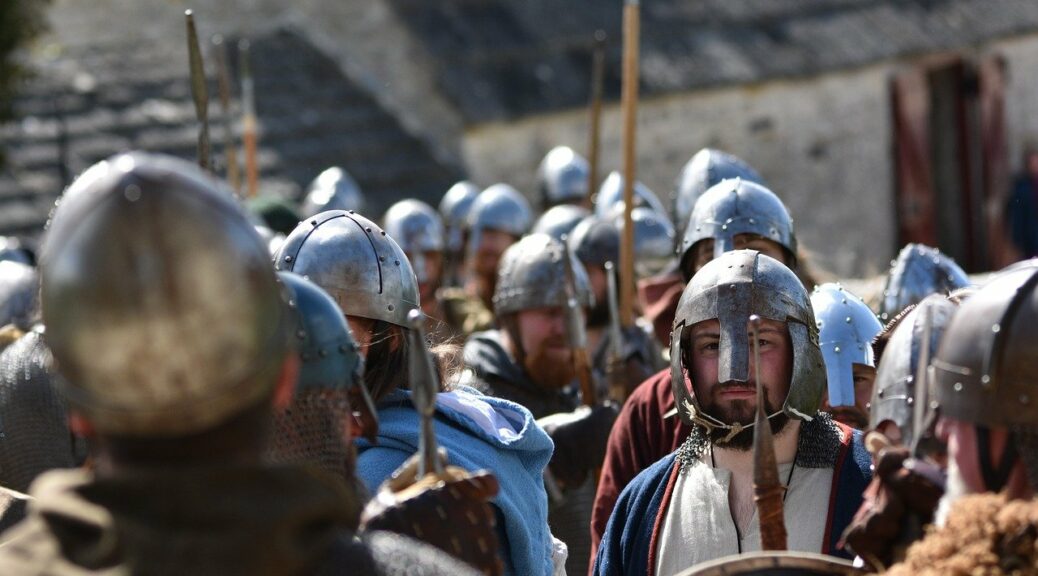 To a large degree, this is an insulting term when referring to ourselves as such. Insulting and wrong, mainly because of the definition of what an invasive species entails. Even though we shouldn’t consider ourselves an invasive species, that doesn’t mean we aren’t damaging the environment and causing extinctions. But calling ourselves invasive isn’t correct.

I’ll go over the facts with you, and give you my take on it.

What Exactly is an Invasive Species?

An invasive species is as defined by the International Union for the Conservation of Nature (IUCN) as “animals, plants or other organisms introduced by man into places out of their natural range of distribution, where they become established and disperse, generating a negative impact on the local ecosystem and species.”

Thanks to the Smithsonian Magazine, who analyzed this very question some time ago, they also came up with other definitions which included a non-native species which has widespread distribution. But do humans fit in the invasive species category?

Are Humans a Non-Native Species?

Now, here comes the tricky part. Are we not native to the land? Humans have colonized every continent on Earth except Antarctica at least 20,000 years ago. Most places even earlier because our Homo Sapiens ancestors migrated out of Africa about 100,000 years ago. Yes, many species were around before us, but given that we’ve lived almost everywhere on Earth for a very long time, one could make the argument that humans are indigenous to all continents except Antarctica.

Even in the Western Hemisphere where scientists are still trying to decide when the first humans arrived on the North American continent, humans could be consider indigenous. (Current archaeological finds suggest around 20,000 years ago.) I think that most Native Americans and First Nations people would agree with me on that they are indigenous. And arguing that European descendants are an invasive species doesn’t work, because we’re all the same species.

What About the Introduction Part?

As a side note, if we were an invasive species, where would we return to? The European-descendants to Europe? The Native Americans to Asia? But then, we all came out of Africa, so do we all go back there? The concept is ludicrous. I, for one, wouldn’t go simply because I hate hot weather. And bugs. Africa is too buggy for me.

Let’s Talk About What We Really Are

For all our destructive tendencies, what we should really be considered is a hyperkeystone species. A keystone species is “…defined as organisms that have outsized ecological impacts relative to their biomass. Here we identify human beings as a higher-order or ‘hyperkeystone’ species that drives complex interaction chains by affecting other keystone actors across different habitats.”  (Worm B, Paine RT. Humans as a Hyperkeystone Species. Trends Ecol Evol. 2016 Aug;31(8):600-607. doi: 10.1016/j.tree.2016.05.008. Epub 2016 Jun 13. PMID: 27312777.)

So, basically we’re not only using up resources beyond what a normal animal of the same mass (weight) would to survive, but we also affect all the other keystone species as well.

So Why Does Not Being an Invasive Species Matter?

Okay, so now you know we’re not an invasive species. But why does that even matter? An invasive species doesn’t really go out of its way to be malicious; it simply does what it always has done to survive. Problem is, it has good success in the new environment because there aren’t any predators to keep it in check. So, it is able to flourish unchecked.

Humans, on the other hand, have no real predators anywhere on Earth to keep our population in check. Sure, we might get taken out by a lion or grizzly bear in the wild, but for the most part, we’ve eliminated the dangers of predators outside of our species by our technology. War, famine, disease, natural and manmade disasters, and all the other blights that come with humanity now keeps our population in check.

Being an invasive species means that it has no way of restraining itself. Hogweed and knapweed spread because that’s their biological programming. Feral hogs destroy their environment because that’s what they do. They don’t think or consider the consequences of their actions.

On the other hand, Humans can recognize when they’re doing damage to the environment. We can make changes in our behavior so that it causes the least harm. That’s why we can’t be an invasive species. We’re cognizant of the changes we’ve made to the environment and have the ability to fix it if the damage is fixable. 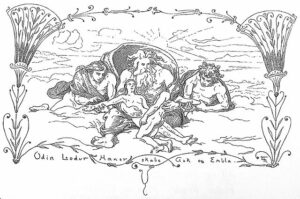 We evolved as part of Earth’s ecosystem. We didn’t just arrive “poof!” out of nothing. The myth of Odin, Vili, and Ve creating humans from tree trunks is a nice story, but it is simply a way our ancestors tried to explain how we came into being. The idea that humans were carved from trees, given life, intelligence, and then given souls suggest that maybe we were crudely carved from life, itself. That may be reaching a bit, but it is something to ponder.

The point is that even the Norse myths suggest we came from the land. We didn’t just appear out of nowhere, even if the gods had their hands in our creation. We weren’t told, “You are masters over all creation.” On the contrary, we were given the chance to thrive and strive to be better.

That doesn’t make us masters of the land, but our role as hyperkeystone species puts us in a spot where if we do damage, we need to fix it in order to survive.

Luckily, we have the gods who can help us. No, they won’t get us out of the mess we’re in, but they can work with us to undo the damage we’ve done as a species. All we have to do is ask while we do the heavy lifting. Now, we just have to clean up after ourselves.