You may not know this, but The Rational Heathen is a professional author in real life with a number of novels and nonfiction books to her name. To this end, one thing I’ve decided to give my patrons is some exclusive content. I’ve been meaning to finish up this story for some time, so the Patreon blog gives me enough incentive to get it completed. I’m giving you a taste of my fiction writing, so you might just get hooked and join up.  (There are always ulterior motives here.) For a dollar a post (that’s around $4-$5 a month), you can get premium content that isn’t appearing anywhere else.  So, if you like what I wrote here, click the sign up button to the right and read more of the story.

They called her Helen, but we all knew who she really was.
She wore a mask covering her entire face and the best silk from head to foot. She kept the finest gloves upon her hands. All an elaborate ruse to convince us she was human. She even calls her guard dog, Garmr, a husky. If Garmr is a husky, then I’m Odin. Seriously, the dame was anything but mortal.
I only took the job on the airship of the damned because it paid well.
Okay, maybe “damned” is an exaggeration. Poor Hel—I mean, Helen, gets a lot of bad press. Calling her dish “hunger” and her knife “famine” are the typical aspersions an unpopular goddess has to deal with. All the food here on the airship is topnotch and I’ve never been starving.
Helen’s airship, the Naglfari, gleams black as night. Legends say human nails make up the gondola and the moorings consist of human hair. Utter nonsense. Just like the stories that it is manned by a crew of undead. Look, if the dead left the underworld, do you really think they’d hang around once they were in the land of the living? Sure, Helen and Garmr could grab a few and drag them back to the ship, but realistically enough would get away. That’s why she hires living folk. Unless you’re going out in a blaze of glory or another god has dibs on you, she’s got your number, anyway. So, you might as well make some money off of it.
We just entered the New German Empire’s space when we received a radio transmission from one of Donar’s airships, the Tanngnjóstr. Helen isn’t too keen on Donar, but she does respect him. He throws much more than his weight around, which makes him a formidable opponent. Through the crackling transmission—for some reason, we always get atmospheric interference—I heard two words: “Winfrith” and “oak.” I frowned as I listened to the static and turned to Ulf, my first mate.  “What do you make of it?”
Ulf shook his head and scratched his chin, hidden beneath his thick, blond beard. “I don’t know. Maybe the lady would want to hear it?”
I frowned. I really didn’t like getting Helen involved in day-to-day running of ship’s affairs, but somehow she sensed something was up as her shadowy form in gray silk appeared beside me.
“What is it, Aelfrun?” she asked.
I turned to gaze into those impenetrable eyes behind the mask and for an instant, I was caught. I couldn’t lie, even if I wanted to. “It’s the Tanngnjóstr. Something about Winfrith and an oak.”
She stared at me coolly. “Ah, so Donar is having trouble with that rogue again?”
I chewed my lip and waited. “Maybe I can talk to him.”
“Donar? I doubt he would listen.”
“No, to Winfrith,…my lady.” I added her title a little late.
Lady Helen laughed quietly, and the hair on the back of my neck rose. “You think that cur will listen to you?”
“I feel somewhat responsible for him,” I muttered lamely.
Helen laid a hand on mine. Soft with silk but strong as iron shackles, her grip was almost painful. “I know you do, but he is not yours to deal with, but mine.”
I nodded with a feeling of dread as she released me from her icy grip. Winfrith had been my fault. Maybe I could talk some reason into him.
Helen turned to my crew. “Winfrith’s ship will be heading toward Frisa,” she announced to them. “I want you ready to board her when we get there.”
“We’re going after him,” I said. More of a statement than a question. Helen inclined her head once.
I turned to my men. “You heard the lady. Full speed to Frisia.”

—
Like what you see?  You can read more of Hel Hath No Fury on the Patreon site for a mere $1 a post. 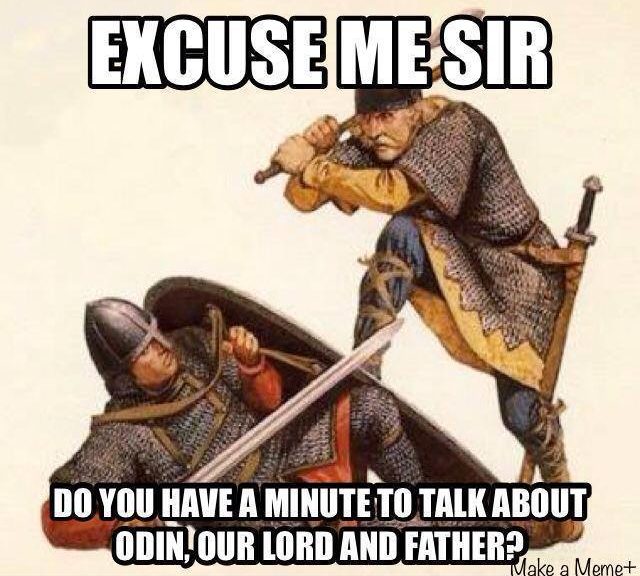 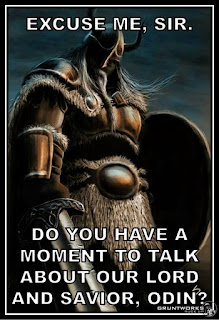 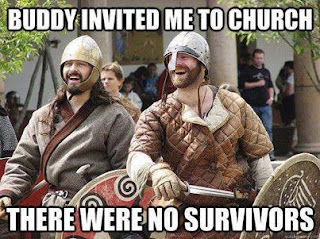