“Any sufficiently advanced technology is indistinguishable from magic.” — Arthur C. 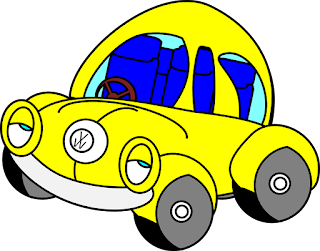 Occasionally, I write something that I think is controversial, but ends up being controversial in ways I never expected.  Last week’s post created a bit of a kerfuffle over, not the concept that we are doing blots wrong, but the idea that there could be car wights.

I’m not one to shy away from a good controversial discussion, especially when I think there is much to do about nothing, as Shakespeare would put it.  So, I’m going to dedicate this blog to the lowly car wight, who just might have been slighted by those who think it could not exist.

Ready for some fun?  Let’s go…

Before I even get started in the entire “are their car wights?” debate, let’s talk about my own beliefs on the subject of wights.  I am agnostic when it comes to wights.  I haven’t met one directly, and while I’ve had some pretty freaky shit happen with stuff, I can chalk it up to something natural or at least some root cause that is probable. 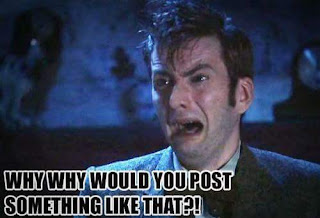 So the argument of whether wights exist is largely an entertaining discussion to me.  It also means I look at what could exist and not necessarily what does exist. So, let’s get started.

When we look at legends and lore, we get a pretty interesting view of how our ancestors looked at the world.  The world was full of beings, seen and unseen, that either helped, harmed, or ignored humans. We can point to etins/jotun, trolls, alfs (elves), dwarves, and various nature sprites and come up with a statement, along with the Anglo Saxon definition of wight, to include creatures and things. Now, for the sake of argument, we can narrow that definition down to supernatural creatures since many of the folks who dislike the idea of a car wight are stating that cars can’t have wights.

I would narrow it down further to supernatural creatures that inhabit only natural places, but this doesn’t hold true for wights. Some wights don’t live in rocks or trees or forests. Some live in barrows which are manmade, some live on farms and in houses, and some have been known to travel on boats. 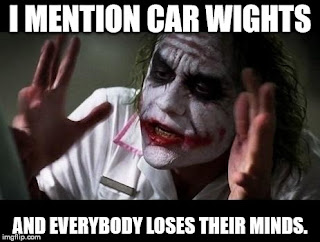 There are almost as many types of wights as there are ordinary critters in the world.  Not all the same rules apply to these wights either, nor have they all come from the same place. The alfar or alfs may be our male ancestors, just like the disir are our female ancestors. We have ghosts, trolls, werewolves, and zombies in our beliefs (call them what you will in Norse, if it makes you feel better.), so, we have quite the variety.  Some, most notably the alfs, can’t touch iron. Others, such as the dwarves and etins work and use iron quite handily.

I bring this up because the obvious problems with some wights and iron.  It would obviously not be the type of wight who inhabited a car, so let’s rule them out right then and there. Some wights seem to be bound to objects; some, like the huldufolk in Iceland, seem to be able to move out of rocks when told that a highway may be going through.

We can also take a look at magical items, including swords, and consider them wights of sorts because they seem to have their own will.  In these cases, swords that are imbued with will and spirits can certainly be constructs as well as wights. Why do I bring these up? This is important to consider when deciding if a car is a wight or not.  We can’t look at one thing that matches the wight criteria and exclude others simply because we don’t like the idea. The swords have undergone the blacksmith’s fire in order to become something that humans can use.  Cars simply undergo a more modern forging and stamping. 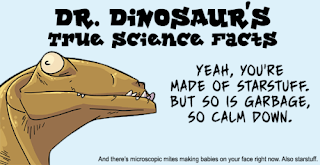 Okay, so we know wights can inhabit human constructs, some can tolerate iron, some can travel and inhabit boats, and some aren’t so strictly bound to objects.  Okay, then.  Let’s look at the car, shall we? 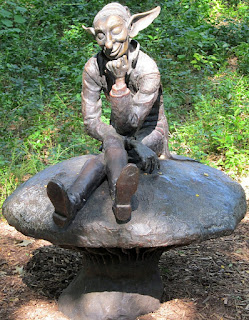 But what about magic?  As the science fiction writer, Arthur C. Clarke said, “Any sufficiently advanced technology is indistinguishable from magic.” What would our Heathen ancestors think of our technology if they were to step into our time? What would they think of a vehicle that has no horses or oxen to pull it? I submit to you, if we didn’t teach them how cars work (teaching them would be a tough thing given the difference in culture and education), they’re likely to think it was some type of magic.  Hence they would be considered supernatural creatures.

So, are there Cars Wights?

By the definition of what I’ve established as a wight, I’ve managed to at least suggest that cars could have wights, or even be wights. They have personalities.  They have quirks.  We name them. We give them gifts (fuel, care) in exchange for their gift (transportation). They are made from components of this earth. Obviously the car wights aren’t alfs, given the metal, but cars could carry any of the huldufolk that could tolerate iron.  And our ancestors would think they were magical.  That qualifies a car as a wight, or at least something that would have a wight in it.

On of my patrons brought up the fact that cars don’t have free will. I’ll grant you that. But I’m not certain all wights have free will either. And given the fact that free will may be an illusion anyway, it’s a moot point.  But a point that may or may not be relevant to the discussion. Some wights are tightly bound to their homes; others are not.  So, they do have to operate within the confines of their set parameters.

So, there may be car wights; there may not.  I’ve at least given a good case for why there might be. Whether you accept them or not is your choice.

As a postscript, I have to bring up airplane wights.  Why?  Because airmen in Great Britain during WWI had claimed to see gremlins damaging airplanes.  What’s more, Charles Lindbergh claimed to have seen some sort of gremlin that kept him awake during his transoceanic flight. If gremlins aren’t our modern day version of wights, I don’t know what is.
—