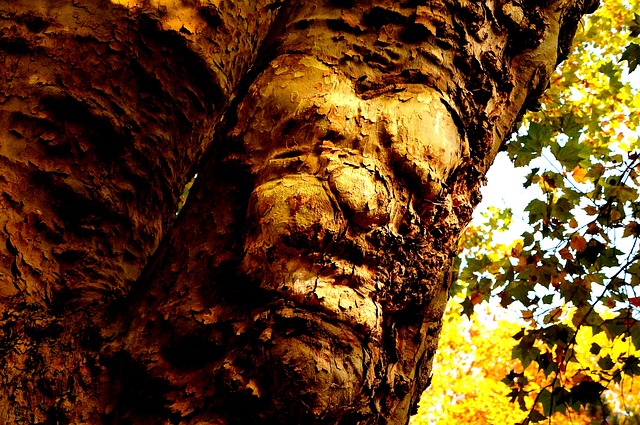 Many people have asked me about “knowing” when a god sends signs to them. Some of the signs are real, but most of the signs are simply pareidolia, which is obviously a holdover from our evolution. Let me explain.

Pareidolia is seeing patterns in random things or events. Our genetics are hardwired to see patterns where there really aren’t. Our minds are structured to look for patterns in the world around us; to see order in chaos. Good examples of pareidolia are seeing a face in the moon or hearing a secret message when a record is played backwards. Maybe hearing “words” coming from a noisy brook or seeing faces in the trees. Pareidolia is responsible for people finding patterns in random numbers or discovering “secret messages” by using numbers and parts of the bible.

Why We Evolved with Pareidolia

Pareidolia is a useful feature in ancient, and even modern day, humans. It gives us the ability to see possible threats in the form of predators. It allows us to look at someone’s face and interpret whether they are friendly or dangerous by their expression. If we didn’t have pareidolia, chances are we wouldn’t have survived as a species. For example, it gives us the ability to recognize game when we hunt. Anyone who hunts knows to look not just for the whole animal, given that many game animals live in dense forest. Hunters look for images that come together as parts of an animal, such as a leg, torso, or even the head amid the chaos of branches, rocks, and trees.

I’ve already covered the face in a tree and the man in the moon, but there’s more to pareidolia than that. It’s finding patterns in randomness. The constellations are a great example of pareidolia. Ancient peoples looked at how the stars appeared to them in the night’s sky and “saw” creatures, heroes, and gods in them. No matter whether you think Ursa Major looks like a bear or a plow, the stars align themselves in the sky according to the Earth’s position in the cosmos. If the Earth revolved around a different sun, or in a different part of our galaxy, or in a different galaxy, our constellations would look very strange to us. And no doubt we would come up with new constellations.

We use pareidolia in emoticons. Even though this is just a bunch of symbols, we recognize the faces: a wink ; -) a smiley face  : -) or a startled face =:0 Chances are, you probably have used one of those at one time or another. Every time we “see” a face in something, even when there isn’t a face, that is pareidolia.

Some architects have used pareidolia in their designs to cast shadows in certain ways. Like Kukulkan in Chichen Itza on the equinox, known as the “descent of the snake,” or certain architectural features that make shadows that appear to be a person.

What Does Pareidolia Have to do with the Gods?

Now that you understand what pareidolia is, you can see how easy it is to try to recognize and organize patterns in a random number of things or events. So, sometimes you might see things that are random and attribute it as a message from a particular god. For example, let’s say I walk down the street and see a guy with an eye patch. Then, later that day, I do a search on the web for something and the name “Odin” crops up on a website.  And then, as I’m taking a walk, I see a raven. Is this a sign from Odin that he wants to talk to me?

Probably not. There is such a thing as coincidence. But, being a good Heathen, I might think that Odin is trying to tell me something. Only, there’s really no message. Think about all the cases of pareidolia we see on the news. How someone thinks they see Jesus and the Virgin Mary on toast or in a stump. Or how someone claims they see things that suggests its a sign from otherworldly beings. Like having one’s entire neighborhood flattened by a tornado only to have their house spared. It’s in our nature to want to find meaning in things, even when there is none. Just because you got spared when everyone around you died doesn’t mean the gods were looking out for you, it means you were lucky. Now, if you tell me that Thor appeared, warned you a tornado was going to hit, and you escaped, that’s different. I’m then more inclined to believe the gods watched out for you.

Let’s say that you do end up seeing “signs” everywhere, and at certain times. Does that mean it’s just coincidence? Or is it a sign from a god? My first inclination is to go with pareidolia, BUT gods have been known to be subtle. Maybe too subtle. It took Tyr practically bashing me over the head to get my attention. Yeah, I can be pretty clueless. But seriously, if you start seeing patterns, you can ask the god or goddess for something more obvious. If they’re truly interested in you, they’ll oblige. Make an offering to them and ask for guidance. It won’t hurt anything and might cement the relationship. If nothing comes of it, so what?

My thoughts are if the god or goddess wants your attention, they’ll get it. After all they’re gods. They have a way of getting what they want.