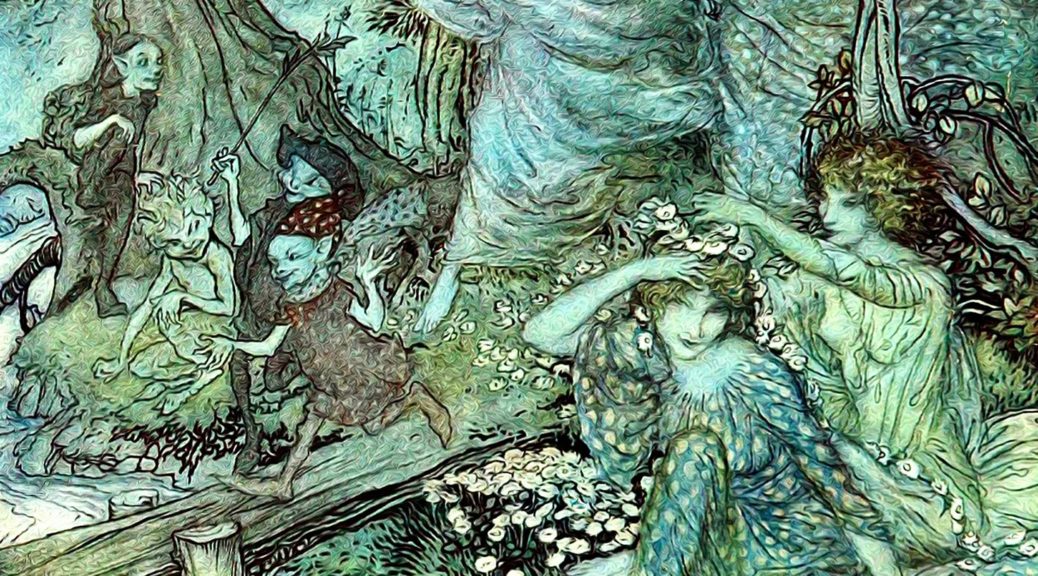 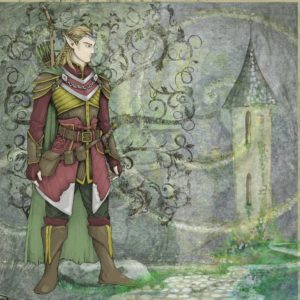 Historians used to look at folk tales and fairy tales as cute stories to tell children, but in light of current evidence, maybe they were true.  I’m talking about other races like the Elves and Wights whom we show our respect. Maybe there is a collective unconscious like Jung proposed.  Perhaps we’re remembering other races through the passage of time?  Stick with me on this, and maybe I can offer a scientific and rational explanation for our stories.

If you’ve been a Heathen for any amount of time, you know that we honor both the Light Elves and Dark Elves. We tell stories about trolls under bridges and we respect the Wights, the spirits of the land (even if we have a hard time believing in them).  So much so that we honor these creatures and tell stories about them.  In Iceland, they even route roads around rocks and move construction projects around areas purported to be homes of the Huldu or Hidden People.

We think and talk about people of an elder race. But what elder races?  Because science confirms that there were “elder races” living during the time Homo sapiens migrated out of Africa and into other lands.  Could our myths and legends correspond to these hominids? 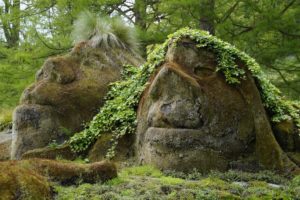 What Races Coexisted with Homo Sapiens?

The first question to ask is what other hominid races coexisted with Homo sapiens.  Although an older article, this New York Times article mentions that Homo erectus may have lived among Homo sapiens as late as 27,000 years ago.  We know that Neanderthals lived among humans up until about 40,000 years ago.  And then, there’s the mysterious Denisovans that we know very little about but know we have some of their genome as as well as Neanderthal. Then, there is Homo floresiensis, those “Hobbit” people, who lived in Indonesia up until about 50,000 years ago.  For the sake of simplicity, I’m going to primarily be talking about the Neanderthals, since we have the most information about them, but these arguments could work for any of the hominids that existed along with Homo sapiens.

Although Neanderthals were our cousins, DNA and archaeological evidence points to crossbreeding 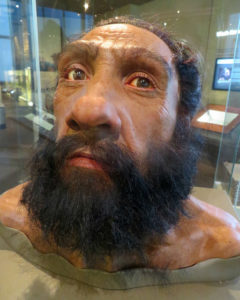 amongst the two species. Humans and Neanderthals common ancestors had separated about 400,000 years ago, which makes the interaction between the two species interesting. Unlike Homo sapiens, Neanderthals had been outside of Africa for nearly 200,000 before our ancestors stepped out. Their evolution continued in Europe, Asia, and other parts of the world.  Could these be the “other races” our collective unconscious seem to point to?

What Our Ancestors Must Have Thought of the Others

Our Homo sapiens ancestors no doubt had contact with Neanderthals and other races of hominids, but I wonder what our ancestors thought of them.  Neanderthals had bigger brains than our ancestors, had the ability to makes tools, and even had the ability to make art.  They probably had speech of some variety, but their voices were higher pitched than ours.  They buried their dead, or at least cared for the dead rather than leave them where they were or dump them in a garbage pit. 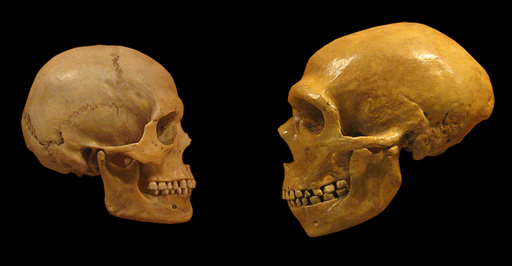 The Neanderthals were heavier set and tended to hunt close up against some pretty dangerous prey, like mammoths.  That meant that they suffered some pretty serious injuries.  Their heavier bodies, bigger chests, and large noses gave them the ability to live in colder climates.  They had adapted to their environment successfully, which probably put our Homo sapiens ancestors in awe.  Homo sapiens had evolved in hotter climates, making the colder climates our ancestors entered a real challenge in a lot of ways.

Did our ancestors emulate the Neanderthals?  Did we learn from them?  Were we at odds with them?  One can only guess what our ancestors thought, but given that there are very few artifacts, other than DNA of the contact, I suspect the contact was more or less peaceful.

What Happen to the Others?

What happened to the Neanderthals, if they were so well adapted to the colder places?  Why did a 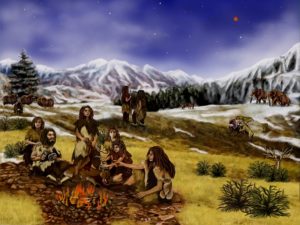 successful species go extinct after surviving some 350,000 years?  Scientists don’t have all the answers, but they do have clues into why our “elder cousins” may have disappeared.

First, Neanderthals were never in large numbers.  They lived in small familial groups and inbred quite a bit.  The didn’t have the genetic diversity of modern humans — even though we’re pretty much a group of inbred hominids, ourselves, nearly going extinct about three times.  They practiced cannibalism on more than one occasion.  While no doubt our ancestors did too at various times, the Neanderthals didn’t have a large group to choose from.

Lastly, as their numbers dwindled, they probably sought mates outside of their race.  We know modern 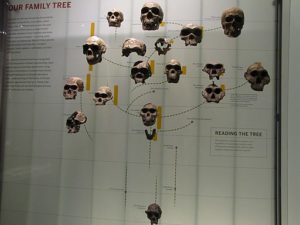 humans bred with them and that people with ancestors from Europe and Asia have about 2 percent Neanderthal genetics.  This suggests our races did have interactions.  Apparently we could breed and produce viable offspring — at least, occasionally.  Neanderthals were already going extinct, probably from lack of numbers and genetic diversity.

Neanderthals didn’t go extinct all at once, either.  Pockets of them existed in various places until they simply died out or until they joined modern humans.

Are the Others the Basis for Elves, Wights, and Other Races?

Now comes my controversial conjectures. First, let me say that it is just the meanderings of some rather interesting thoughts — you can disagree with me all you want.  But, science has proof of Neanderthals, Homo erectus, Denisovians, and other races that lived during the same time as modern humans, whereas we have no physical proof of Elves.  So, I’m simply connecting the dots between science and lore.  Our legends tell of races that existed before us.  Could the Elves, Dwarves, and other denizens be inspired by these older hominid races?  Could the Elders simply be Neanderthals, eventually dressed up over time so they are unrecognizable?  It’s a tantalizing thought.

In which case, our wights are ancestral spirits of former hominids.  That the Alfar and Disir are indeed ancestors of humans — just very much older. Were they magical?  Given I really don’t believe in the concept of magic, you can make your own inferences and not trust my beliefs, if you believe in that sort of thing.

We know from fairy stories that Elves weren’t always benign.  We know that they may switch babies 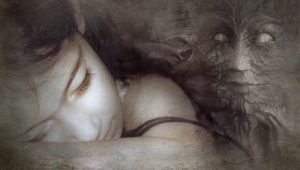 with their own progeny, hoping to fool humans. It’s believed that these changeling stories are in existence to explain birth defects and developmentally disabled children.  This makes a lot of sense on many levels, but I can’t help wonder if changelings may have occurred with other races.  What happened when a Neanderthal and modern human mated, in terms of progeny?  Were changelings a description of what could have occurred if Neanderthals tried to substitute their children for human children in the hopes of giving them a chance to survive?  I don’t know, but it is an interesting thought.

What Does The Rational Heathen Believe?

I really love the concept of Elves and Wights, but as I’ve mentioned in the past, I’m largely agnostic about them.  I’m more inclined to accept that they are a collective memory of past interaction between hominid races rather than accept the lore at face value.  Still, whichever way you consider our stories, the ideas I’ve presented are intriguing.