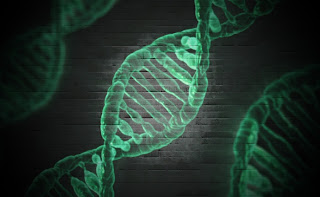 One of the things I like about Heathenry is the concept of honoring our ancestors, or as anthropologists would term, “ancestor worship.”  But, honestly, if some of my relatives were a pain in the ass when they were alive, why would I want to draw strength from them when they’re dead?  If Aunt Mabel was a bitch, and a fundamentalist Christian who was sure I was going to go to the Christian hell, do I really want to show respect for her?

Well, the answer is yes and no.

First, to Set the Record Straight

I use the term “ancestor worship” loosely to describe the veneration of one’s ancestors.  Merriam-Webster defines it as:

Definition of ancestor worship. : the custom of venerating deceased ancestors who are considered still a part of the family and whose spirits are believed to have the power to intervene in the affairs of the living. 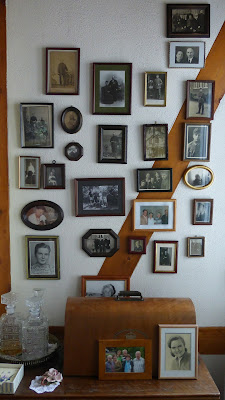 By the Merriam-Webster definition, Heathenry does indeed practice ancestor worship.  However, Heathenry beliefs aren’t written in stone, and I’m pretty sure that there are indeed those Heathens who come close to, if not outright, worshiping their ancestors. Far be it from me to tell them to do otherwise. Then there are those who look at the ancestors with profound respect and honor them, but do not worship the ancestors as gods. Then, there are those, for whatever reason, abhor the idea of honoring ancestors,  especially close family members.  There are also those who do not know their ancestors, due to adoption or other circumstances.  All these people have their own valid reasons for what they do.

Now, if I offend you with the term “ancestor worship,” get over it. It’s just terminology that encapsulates the belief of ancestor veneration.  Don’t get hung up on it.

One of the foundations of Heathenry is respect for our ancestors. After all, they are a part of us, and we would not be here in our current form had we not had those particular ancestors. We have ties to them as kin that we do not have with other people.  And we recognize that even if our family members weren’t the best, we still have thousands of generations of ancestors to call upon.

None of our ancestors were perfect; they all had their faults, just like we do. Some were criminals, some were saint-like, some were warriors, and some were just ordinary common folk. The Black Death did a lot to reduce the gene pool in Europe and Asia, so most of us can trace our lineage to nobility in some way, even if we have mostly commoners and slaves in our lineage.

So, when we honor our ancestors, we don’t necessarily honor Aunt Mabel (who isn’t your direct ancestor anyway, but who is closely related to you.) If she was that big of a bitch, you probably don’t want to hear from her anyway, so you can skip honoring her but still offer respect for the line.

It’s DNA and then some

Our ancestors gave us more than their DNA. They gave us their experiences, for good or for ill.  One study showed that the brains of mice that experienced electric shocks and the smell of cherry blossoms changed and they showed fear of the cherry blossom odor. Fair enough.  Their offspring and grand-offspring showed the same fear of the cherry blossom odor even though they received no shocks.  Furthermore, their brains had the same changes that the original mice did.

Granted, it is one study, but there are other scientists who have determined that the methyl group (a type of organic molecule) attaches itself to certain genes, thus expressing that gene’s behavior. Call epigenetics, these attachments and detachments were thought to only occur while in the uterus.  We now know that they can attach and detach while we’re adults too, and can pass along the same genetic expressions. So, bad experiences can certain affect not only your life, but lives of your descendants.  Likewise, you’re affected by the experiences your ancestors had.

So, what Does this Have to Do with Ancestor Worship?

So, you may be wondering that this has to do with honoring your ancestors. Oddly enough, quite a bit. You see, whether you are adopted or whether you know your line back to the Viking Age, you are the sum of your ancestor’s genes and their experiences. Those experiences have been written and expressed in your genes. Your reactions — and resiliency — comes from those people, like it or not. You can modify your epigenetics in what you do want expressed by your behavior and your own experiences, but you carry the good parts and the baggage from those who came before you.

You can thank — or curse — them for what you are, but be aware that you wouldn’t be here if it wasn’t for them.

What if I’ve been Adopted (or Don’t Know My Lineage)?

If you’ve been adopted, or perhaps you don’t know your ancestors, you can still call on them for strength. You may not know them, but they may know you and may be pleased that you remember them in some way.  You can also accept your adopted family as your own.  Your family has left their marks on your genes in the form of epigenetics that will continue into your children and grandchildren, should you have kids. You may find ancestors along your parents’ side whom you relate to, even if you have no blood ties with them.  You might just find an ancestor who will answer back. 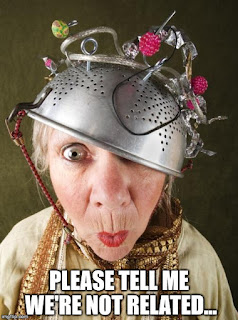 What if my Family Sucks?

I’ve stated that I was switched at birth only half-jokingly to my parents (when they were alive) and my siblings.  They all seemed to take a dim view of that, but it shows you how different you can be from your family even if you share the same genetics. That being said, I’ve known people whose parents and grandparents were abusive to them and others, who in themselves are good people. Those people have no reason to honor or offer any consideration when it comes to honoring the people who abused them.  But the good news is that your ancestors are not just your parents, grandparents, or Aunt Mabel.  Your ancestors go back hundreds of thousands of years.  Not all of them were evil bastards.

Doing genealogical research can help you identify your past relatives. You may be able to find a few who are worthy of your attention.  Don’t discount a spouse’s relatives either. I’ve found relatives in my husband’s past that are worthy of my attention, as much as some of my own ancestors.

All this talk about ancestor worship sort of plays against the skeptic in me.  Hel, I’d probably still be an agnostic except for the experiences I’ve had with the gods. I’ve had some experience with my ancestors suggesting that they’re still around in some way. My thought is along the lines that it doesn’t hurt to remember those who have gone before us, and who may be helping us from time to time. I think it is a facet of Heathenry that we should all explore in our own ways.

And no, you don’t have to worship Aunt Mabel.  Or anyone, for that matter.