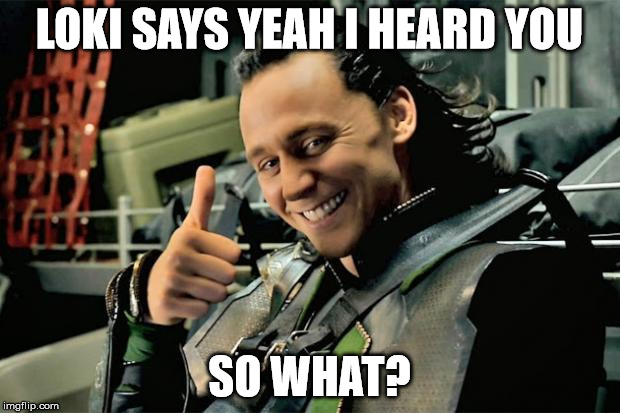 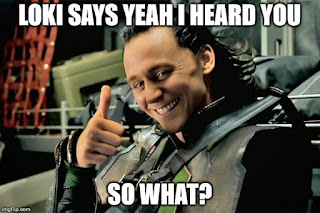 It’s nice to see someone in the pagan community agree with me, even though they said it nicer than I did.  The gods, whether you think of them as people or metaphors, don’t necessarily jump when you ask them to jump.  They don’t necessarily do things because you whined at them.  And they certainly aren’t our bitches who show up because we called to them.

Connecting with the gods is a personal thing, In My Not So Humble Opinion (IMNSHO), and each connection is as different as it is for each individual to be different.  How you related to one god isn’t necessarily how I relate to him.  I think it has to do with who we are and how we got to this point. Tyr, for example, doesn’t really pop in, raid the refrigerator, and open up a bottle of mead on the counter at my house.   If he does at your house, please tell me.  I’d be mighty curious about that.  I’d be surprised.  (Now, if it were Loki, I’d expect that.) Some folks claim to have real life experiences.  I’ve only had one, and that made me question my sanity.  (Meeting Odin on the street — seriously.)

It’s not my place to tell you how to connect with gods, but I might offer some advice: They aren’t your bitches, and most aren’t interested in you unless you bring something to the table.  Occasionally, a few of us hear the call and say “what the fuck?” That happened to me, but I realize that having such experiences can be uncommon, not the rule when it comes to the gods.

My Own (Limited) Experience

I think the gods tend to be a bit more mindful about our pasts when we “connect” with them. As a follower of Tyr, he’s my main go-to god for just about everything.  That being said, sometimes I realize that other gods are more suitable to my petitions, but I really don’t know them that well.

Tyr knows I have a lot of baggage from religion and childhood. If I have a fault, it is I lean pretty heavily on him from time to time. It’s mostly just moral support, but occasionally it’s a “I need this” kind of request.  Yeah, it comes from growing up Roman Catholic and being shoved into the “pray to god to help you” mentality.  Realistic 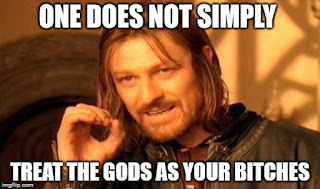 ally, I know that Tyr is not the god for that sort of thing, but when I have shit raining down, he gets an earful.  Because I look at him like a friend.  Sometimes I just get a sympathetic ear and not much more. Sometimes I get help.  Sometimes another god pops into my life because he or she is better at helping me.  If anything, I now have five gods/goddesses that I offer blots and talk to.

That’s how I relate to the gods.  I wasn’t looking to go back to being a theist, so I kind of have the opinion that because they found me, they knew what kind of package they were picking up.  Lately, when I bemoaned not being able to talk to the wights with someone who actually does a fair amount of work with them, I learned some things and actually got some positive things happen.  Okay, so I’m a bit agnostic on them still, but they’re included.  And I get a more positive feeling from them.

Why We Demand Help

I often talk about Christianity, mainly because I can’t get away from my Christian upbringing.  If you were raised Heathen, Pagan, or with another religion that wasn’t derived from the Abrahamic religions, you probably don’t have the same reliance that many who have left those faiths have to their gods. We’ve been spoon fed a pack of lies since we could understand words. It’s not our parents’ faults, per se, they’ve been as brainwashed as we have since their childhood. There’s a good reason for them to teach us Christianity’s teachings, too. The fear of their hell and eternal torment makes even the toughest guy in the room quake.

So, we’re taught very early on that god will provide. That god will care for us. That everything will work out to god’s plan.  And when stuff goes our way, we praise god.  When shit happens — and it does happen to good people, and even the best followers of the Christian god — we tell ourselves that it was god’s plan, or maybe they weren’t really that good.  Because a kind and just god wouldn’t allow that to happen, would he?

So, we beg for good things to happen to us.  That we get that raise, get accepted to that school, get a job, find a significant other, heal someone or ourselves, or win the lottery. The reality is that unless we get off our butts and do something, it’s unlikely we’re going to see positive results.  That’s where that old saying “god helps those who help themselves” most likely got started.  Well, whether you should maybe claim it as a god’s victory is questionable.  I’d argue that every victory is your own, and if the gods help you out, you should be thankful for their aid, but you’re the one who really made it happen.

If we look at the gods as strictly archetypes or metaphors for the universe that surrounds us, we can pretty much deduce they don’t need us, although we’re already heavily reliant on them.  We rely on Sif and Freyr for growing things, Thor for our thunderstorms (i.e. rain), Sunna for our light, Mani for more than just a shining orb above us at night, but may have had to do with actual life, Tyr for our laws, both human made and natural, Odin for our creation, and so forth.  My point is we rely on them for a lot already, so calling them down to aid us, especially when we have no rapport with them, seems a little self centered.  If we consider them entities, so much more so.

If you have a relationship with a god or gods, chances are you already know your boundaries. If you’re looking for help and you only have relationship with one or two gods, maybe they’re the first should hear your plea and then see what they say.  Other gods most likely need some type of introduction and probably a pretty decent relationship before one can ask for things from them.

When we understand that they’re entities (or at least metaphors) with their own agendas, we can see that our gods aren’t the Christian vending machine that our society has come to expect.