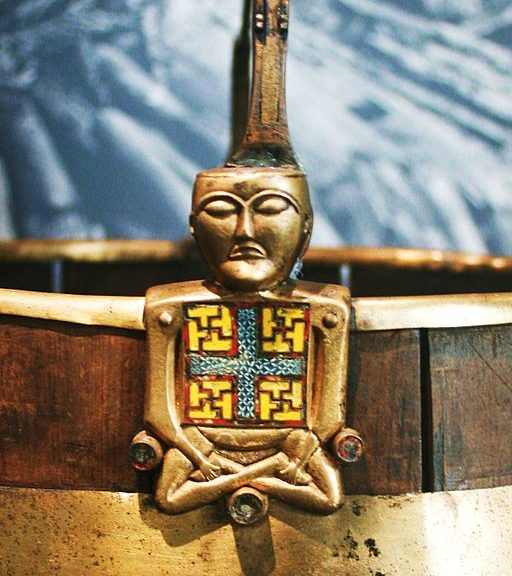 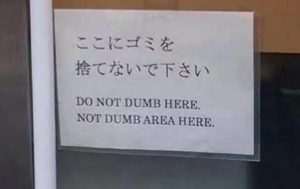 Once again, I’ve stumbled onto some really big bullshit about arch heathens, so I think it is time to make my opinions known on the subject.  Arch heathens, if you get the current vernacular, were an impressive, idealized version of the Heathen. Sort of an uber Heathen, as it were.  These purported arch heathens kept the faith pure and knew some sort of unwritten code of conduct across the ancient world that spanned from Greenland to Russia and south into Africa, and across several thousands of years ago, ending with the conversion to Christianity.  They were of one mindset and kept the faith pure.  (Ein volk! Ein reich! Ein führer!) <– That was sarcasm for those who don’t recognize it.

Did you just feel the urge to goosestep in your mom’s basement?  If not, then can you already see the flaws in the argument?  If you can’t or won’t, then read on, MacDuff! What Heathenry Really Was

Before I talk about the fatal flaw in the arch heathen concept, I need to address Heathenry, in general.  Heathenry was born out of Proto-Indo-European Polytheism.  So, for argument sake, we can probably look at that form of polytheism being a proto form of Heathenry.  So, that would show up sometime around 3500 BCE.  For those not awesome at math, that’s more than 5500 years ago.  Germanic Heathenry appeared on the scene around 1700 BCE with related religions appearing around 300 years earlier.  Norse religions showed up maybe around 200 CE (AD).

The Fatal Flaw in the Arch Heathen Concept 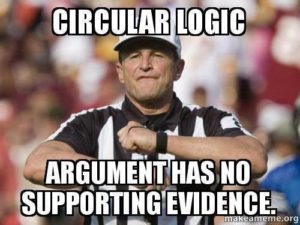 And where, pray tell, is someone in ancient manuscripts pointing to a particular person and saying he or she is an arch heathen?  You can’t.  Because the concept and idea is made up.  The argument for an arch heathen has absolutely no supporting evidence.  Sure, there were gythias and gothis, but one over-arching mode of behavior and belief?  Nope, nope, nope.  We can’t even prove archaeologically that the Temple of Uppsala existed.  All we have is Adam of Bremen and Snorri’s documentation about it.  So, Uppsala may have been a Heathen Vatican, but chances are it wasn’t.  Too many Heathens in too many places.

No matter which group of Heathens you point to, you’re going to have variation in culture, thought, understanding, and yes, religion.  One group is going to value Freyr over Odin; another group is going to value Odin over Thor.  And so on.  It is bound to happen, because people are different.  Very different.  Saying that because you see arch heathen-like behavior in Germany means that there were arch heathens like that everywhere is absurd. That person was there at that time in that place.  We don’t know if they were common before or after.  All we have are writings of certain non heathens and works that were written down by Christians 200 years after the conversion to Christianity.

What Timeline are we Talking About? 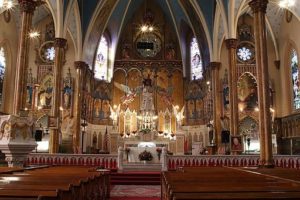 So, we’ve established that our Heathen ancestors worshiped our gods or forms of our gods for 2700 to 4500 years and have worshiped our gods across the ancient world.  We know that religions change all the time, even in the past.  All we have to do is look at other forms of religion and see that this is so.  Christianity is an excellent example.  We can look at the 2000 years Christianity has been in existence and we see plenty of differences, even if we only look at the Catholic Church.  Originally Christianity was a conglomeration of ideas that came from Judaism, Zoroastrianism, Gnosticism, Mithracism, and other religions.  Eventually, the Council of Nicaea got everyone on the same page, but there were future schisms.  The Catholic Church split into Eastern Orthodox and Western Roman Catholicism.  And that’s not even talking about the Protestant Reformation.

Okay, so you’re talking about a particular timeline, maybe, a few hundred years?  Really?  How much information do you have from that period?  And why do your so-called arch heathens rate above any other Heathens at any particular time?

have pinpoint accuracy with historical writings or archaeology.  A lot goes on in 200 years in cultures.  Don’t believe me?  Look back 200 years in our recent past.  In 1818, we had no car, no electricity, and the United States had only 20 states.  Too modern?  Okay, let’s compare 1818 with 1618.  Jamestown was founded in 1607 and by 1618 there were a handful of new settlements.  People still believed in persecuting witches then.  Ships were pretty much wind driven.  The Mauritius sailed in 1618.  In 1818, we were working on the cusp of the Industrial Revolution with steam engines and steamboats. In 1810, England had its first primitive railroad.  By 1827, we had the first railroad in the United States.  The 30 years war started in 1618 started by the Jesuits against the Protestants.  By 1818, the United States had freedom of religion in place in the Constitution.

Heathenry was Influenced by Other Religions 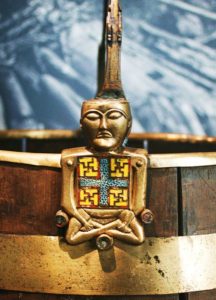 I’ve talked a lot about how Heathenry had been influenced by other cultures and religions.  Our ancestors traveled — a lot!  They had boats, they had horses, and yes, they had their own two feet.  Heathens traveled east into Russia, south into Africa, and west into North America.  They saw many different cultures and peoples — and they didn’t kill or conquer all of them.  Many they traded with.  We have found religious symbols from other cultures (such as the Buddha!) in gold hordes, and we know that Norsemen and Islam have had contact. Since Heathens were open to other forms of beliefs, even then, some aspects of other religions got adopted and incorporated as people from other cultures became assimilated into the Heathen culture.

Don’t believe me?  Tell me why we have the Vanir then, when we already have the Aesir? Tell me why Tyr was the top god, only to be replaced by Odin?  And why was the Christian god  worshiped along with the Heathen gods for a time in Iceland?  All these changes came about because of influences of other cultures and religions.

The quest to follow these so-called arch heathens smacks of something very Christian, in my not so humble opinion.  Recons are constantly throwing the arch heathen around like they were the only ones who had insight into our gods and the way to do things.  We could argue that the arch heathen is the pagan archbishop.  Don’t believe me?  The Catholics use the archbishops along with the pope to create their church doctrine that they insist everyone who is Catholic must obey.  The recons use the arch heathens to create Heathen doctrine that they insist everyone who is Heathen must obey.  You see the difference?  No?  Neither can I.

Look, if I wanted to have a bunch of Asa-pope dilettantes order me around, I would’ve stayed in the Catholic Church.  No doubt you have your opinions on this.  Keep it civil and I’ll let you have your say.