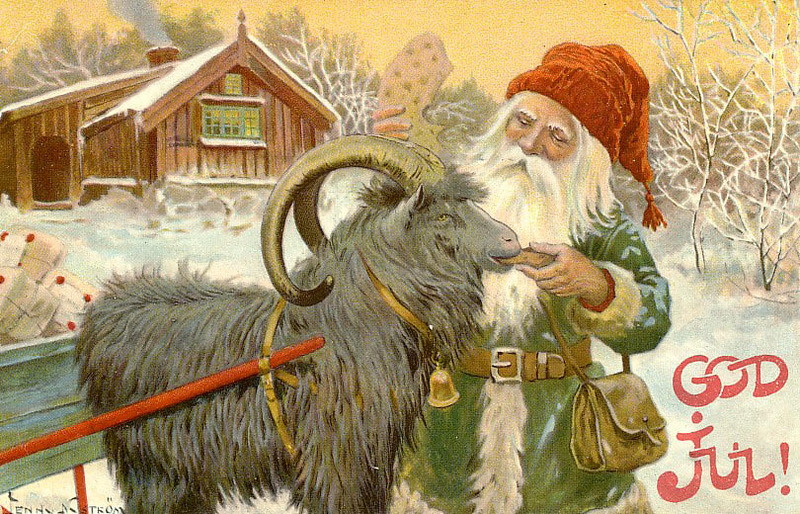 Greet the Sun on the Solstice

If you’re a morning person, you might want to get up before the dawn and greet the sun.  Or, if you’re a crazy bastard, you can stay up and greet the dawn from the other side.  Either way, you get to greet the sun on the solstice.  Write a prayer or poem to the sun and read it out loud, or just maybe say a few heartfelt words to the sun.  Maybe you’re not one for words, but maybe you can read the story how Sunna was put to drive the sun’s chariot each day.  Do what feels right to you.

Mother’s Night is December 20th — a day when we honor all female ancestors who came before us.  Even if you do not have recent ancestors you wish to venerate, you can offer food, mead, and other gifts to distant ancestors, both known and unknown, thanking them because without them, you would not be here.  You can also offer gifts to the gods, whom many of us look on as our ancestors as well.

Nowadays with so many types of cookie cutouts, you’re sure to find cookie cutouts that have no Christian significance.  Snowmen, reindeer, Yule trees, stars, are all pretty common.  Hel, I bet you could make an angel into a Valkyrie easily. Your non-Heathen friends and family members won’t care about the shapes either.

If you have any time off this holiday season, it’s time to get some decent local honey and make some mead.  Never made mead before?  What is wrong with you?  Making basic mead is relatively easy, and once you get the hang of it, you’ll be wondering what kept you from making it for so long.  And while it won’t be ready for this holiday, it’ll be ready for spring.  Even a gallon of must makes 5 to 6 bottles of mead, so what are you waiting for?  Here’s a mead making kit for you.

Okay, so what do you do in the meantime while you’re waiting for your mead to ferment?  Why not enjoy some mead?  Don’t have any?  That’s okay.  You should be able to find someplace that carries esoteric wines like mead in your city or town.  Have it ordered, if you really can’t find a place that carries it.  Or order online.  One meadery who will ship is Hidden Legend.

Just because you’re the only Heathen around doesn’t mean you can’t share a Yule feast with your family and friends.  Invite your friends over on the solstice for a Yule feast, complete with mead.  Bake a ham or pork roast and enjoy the holiday with good friends and family.  Most people have obligations starting Christmas Eve, so having a celebration for the holidays ahead of the total Christmas thing may be welcomed.

Offer a Blot to the Gods

Offer a blot to the gods this solstice.  Write out your prayers or let them come from the heart.  Either way, make it personal and heartfelt.  Remember each god you honor and those who have helped you in the past year.

Whether or not you believe in the wights, now is the time to offer the Tomte and the Nisse as well as any house elves porridge (with a pat of butter).  These critters also like milk, cookies, chocolate (keep out of reach of pets), and other gifts. 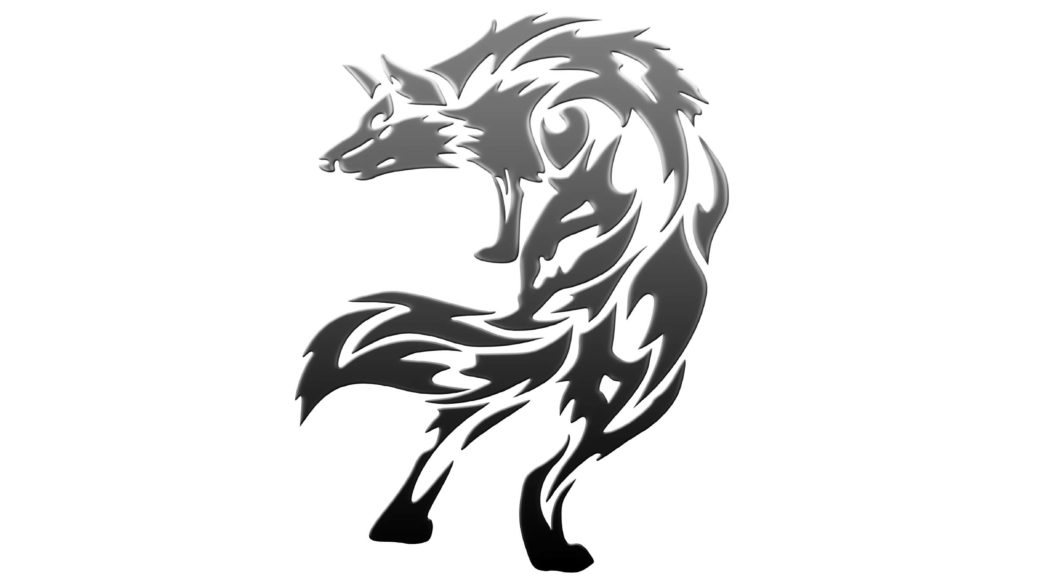 “Man is by nature a social animal; an individual who is unsocial naturally and not accidentally is either beneath our notice or more than human. Society is something that precedes the individual. Anyone who either cannot lead the common life or is so self-sufficient as not to need to, and therefore does not partake of society, is either a beast or a god. ”— Aristotle

What Science has to Say

TL;DR: Scientists believe groups are a natural order because it helps defend against predators.

If we look at other primates, we can note that they too require some sort of social group.  This isn’t exclusive to primates, per se, it appears to be a natural order among many different species all the way down to insects such as bees and ants. In the higher order lifeforms, we note that most animals are in social orders for protection, mating, and territory.

Science has determined that the primates’ social order didn’t begin as a couple and increase. Rather, it’s likely that there were many related females and several unrelated males in the social order. (Of course, there are variations to this.)  This social structure occurs not only for diversifying the genetics and avoiding inbreeding, but also for protection.  Solitary hunters are generally nocturnal, and nocturnal animals are often solitary.  They use the night to hunt and to conceal them from larger and more dangerous predators. Of course there are exceptions to the rule, that’s basically how it works.  Animals that are mostly diurnal tend to run in groups because solitary animals can be seen and picked off easier by predators in the daytime. Numbers provide a certain amount of safety.

When our ancestors went from nocturnal to diurnal, we stuck with groups for safety. This required a high degree of sociability, because we probably would’ve killed ourselves of with antisocial behavior.

Our Brains are Naturally Programmed for Groups

TL; DR: The biochemicals in our bodies makes us want to be social.

One interesting paper I read was the affect of certain neurotransmitters in our bodies to our behavior to become more social or antisocial. People who had increased serotonin levels tended to behave more social.  Heightened levels of oxytocin cause people to form bonds between mates, and between parents and offspring.  This also causes a heightened need to protect families.

We as humans have evolved to be social animals, which is why when people have lower doses of serotonin, we can assume that they may have problems such as depression and other conditions that may cause us to become more isolated.

Nature as the Basis for Kindreds

TL; DR: If we look at the history of humans, it’s obvious that in earlier times people arranged themselves in kindreds similar to other primates for protection.

When we look at kindreds, we can kind of see how the older kindreds were arranged, potentially in the fashion I mentioned above with related females and unrelated males. This is a natural construct to protect diurnal primates which humans have inherited. A “lone wolf” human was unlikely to survive without some sort of group. The world was a pretty scary place back then, and people had to band together in order to survive.  As hunter/gatherers, and later, as farmers, we needed a group structure to live in.  This structure offered us protection from the natural predators, and from other groups of humans.

At this point, I can see the recon heathens applauding my statements.  Ah hah!  They think I’ve agreed with them.  Lone wolves have no place in heathenry, or so they think.  Guess what?  They do have a place in heathenry.  Let me continue.

TL;DR: The rule of law has reduced the need for protection a kindred affords.

At this point, it’s easy to see why there was an inner-gard/utan-gard.  The people within the inner-gard were those family and allies that needed to be cared for or defended. The utan-gard were those who did not belong.  Even so, heathenry insists on courtesy to strangers because the world was a difficult place.  The ethics of reciprocity is very much part of the heathen belief.

As the rule of law (thanks, Tyr!) took over, the need for kindreds dwindled. Unless you live in a country under complete chaos, the need for having warriors ready to defend the homestead is happily rare. The 20th Century saw the rise of the nuclear family — where a family consisted of parents and children. Sure, there were grandparents, aunts, uncles, cousins, etc., but seldom did they live in the same town, let alone the same home as you did.

Nowadays, the family has morphed to whatever the person needs. There are single parent households, there are households with same-sex parents, there are couples without kids, there are children being raised by grandparents, there are temporary marriages, etc. Whether or not you think this is right, that is irrelevant because it is how our society has changed. There are certainly extended families and kindred-like arrangements, but I’d argue that as long as the rule of law continues, there is less need for people to have kindreds for safety sake.

TL;DR: Your kindred are the people whom you associate with and have relationships with, whether or not they believe in our gods. Joining a heathen kindred may be helpful but not mandatory.

We know from science that human beings have nearly gone extinct twice, thus making us a little more than inbred monkeys. I suspect (and this is my conjecture) that it makes us hang onto certain traits a little longer than we really need to. The need to be social may be one of those traits that has been ingrained for a long time, although whether we need it or not can be debated.  I would argue that there are some things you still need from society, even if you manage to become mostly self sufficient. No man is an island, as a teacher of mine once quoted John Donne.

When we look at following the gods and goddesses of our ancestors, do we really need to be in a group to do so?  I would argue no, although you may get more out of being with others. There is a certain amount of comfort belonging to a kindred.  I would also argue that you have a kindred already.  You family and friends are your kindred, even if they are not followers of your path.  These are the people you go to when you need help; these are the people whom you help.

What’s more, we have bigger distances than even the Vikings traveled when it comes to finding folks who believe in our religion.  And even if we find people who are heathens, there’s no guarantee we’re going to get along.  We know that our ancestors didn’t just get along because they believed in the same gods.

The other side of the coin is that technology has made it so that we can have virtual kindreds.  I mean, let’s face it, we can meet via chat rooms and even attend conferences real time. So, even if you are a “lone wolf” heathen practitioner, you can still get some of the benefits being in a group.

Our social behavior came about as an evolutionary adaptation to protect ourselves from predators. We have found it useful behavior as we cannot do everything we need to survive in most situations.  (Self sufficient people still rely on tools purchased or obtained from others.)  Nowadays, kindreds are less needed for protection, and are by their nature, a social construct. Your kindred are the people whom you associate with and have relationships with, whether or not they believe in our gods. Joining an Asatru or Heathen kindred is useful in many respects, but not mandatory, especially with the advent of the Internet.

So, solitary practitioners, despair not.  Adaptation is one of the great things about us and our ancestors.  You don’t need to belong to a heathen kindred to follow our gods. They are helpful, but not necessary to be a heathen.