For those of you that were waiting for this next piece, I am truly sorry I didn’t get it written up sooner. I picked up the typical cold that turned sinus infection, and was feeling pretty lousy.  So, nothing written up last week.  This week, ADHD kicked in and I’ve been researching how science believes life came into being on this rock.  Truly amazing and fascinating shit.  But that is a post for another day.  I promised I’d take up heathen beliefs about the afterlife.  So, here goes nothing.

The Road to Hel is Paved with Bad Writing

I honestly tried to read the book, The Road to Hel. I couldn’t, but not for the reasons you might think.  While reading it, my professional editor side kicked in and I was literally screaming over the writer’s style. Now, I realize that it was published in 1914 when it was in vogue to write in passive voice, but I threatened to burn my Kindle if I read any more.  I’ve hidden the matches and started reading it again, because I know I should if I’m going to discuss this topic cogently. Right now I am about a third of the way through, which probably makes me a Bad Heathen, but there you go.

I did cheat and went to the section about the soul because to a large degree this what I’m talking about. So, I pulled out what I could and tried to put it together in a more coherent form. 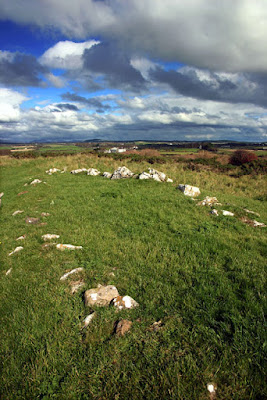 Okay, so someday I will finish the book.  Really, I will.  What I did pick up from what I read was that burying one with one’s goods was pretty common. I could see her conclusion that people apparently believed that at least part of you resided in the mound and lived underground.  The dead needed the grave goods to live well in the afterlife, presumably in the grave.

Well, okay, I can accept that view, I suppose.  However, our ancestors were just as smart as we are. They were amazingly observant when it came to the natural world. They’d know that the person who is dead rots and the grave goods either rot or get stolen. Not a surprise there. But like the person’s body, the physical substance was probably not as important as the essence of it. Otherwise, you’ve got a pretty nasty existence as a rotting corpse.

My guess — such as it is — that the belief was that the food and goods sustained the person on the trip to the afterlife.  After all, there is only a limited supply of food there. Given that the afterlife continues at least until Ragnarok, if not for an eternity, even a king would have not a lot to live off of.

Of course, the dead would want their favorite things, including a ship, armor, weapons, and other grave goods.  So, we can presume that those things are placed in the chamber for the dead to enjoy their wealth once they arrived at the place they will go.

Nowadays, we still do this even in the Christian burials.  When my mom, and then, my dad, died, my family picked their best clothes to wear to the afterlife. When my dad passed away, my sisters chose to leave one of my mom’s rings that my dad wore on his pinkie with him when he died.  They also left his wedding band on.  In Christian terms, it doesn’t go with you.  So, what was the purpose of all that? Even now, people choose to be buried with beloved pets who passed away, with certain items that they held dear, or at least in good clothes.  And some folks insist on certain burials over, let’s say, cremation or donating their bodies to science.  Seems pointless, if you believe that nothing except the soul travels forward.  All it does is show that people have enough money to waste on their burials.

One of the interesting points that crops up in Heathenry is the concept that when we die, we can go to one of many places, including getting reincarnated.  I’ll talk about each place and what I think of it all. 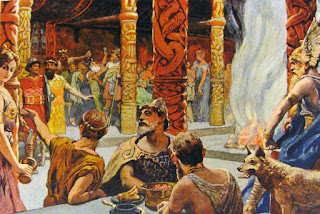 Certainly the most well-known afterlife in Norse mythology is Valhalla, the hall of the slain. According to Snorri Sturluson, it’s Odin’s great hall where those who die in battle fight and feast while waiting for Ragnarok. That is, after Freyja gets first pick of the dead for Folksvangr. In recent times it has been looked on as a type of Norse heaven — and indeed, Snorri seems to treat it as such.  I suspect he took liberties of imposing a more or less Christian structure on it (Valhalla=Heaven; Helheim=Hell).  I suspect our ancestors looked at Valhalla differently.

I remember in college being told that only male warriors went to Valhalla, and everyone else went to Hel.  Totally incorrect, because there are other destinations. And I’m not sure women warriors would be excluded from Valhalla.  (My guess is that women warriors will go to Folksvangr. More about this later.

My thoughts about Valhalla are mixed.  Was it a place where the slain went?  Probably. Was is full of partying and fighting?  I have no clue. Was it heaven as we’ve come to know it? Probably not. It doesn’t even seem to play by its own rules in Snorri’s account of Balder’s death.  (I mean, he was killed by a weapon — do you really have to be on a battlefield?)  Balder dies a violent death and goes to Helheim, when you’d think he’d go back to Valhalla. I suspect there’s a lot of information missing here.

Folksvangr is Freyja’s hall.  Freyja gets first choice in the slain warriors and they rest in the “field of the people.” To what end? Does she lead them during Ragnarok? Do they indulge in a heaven-like afterlife?  Again, we know nothing. My instinct says that this is a place of rest until Ragnarok, and then Freyja leads them in the battle.  This is all a guess, which means I’m full of shit when speculating since I don’t have a UPG to even back this up. My belief is that women warriors do go to Folksvangr.

Helheim and Nastond are in Niflheim.  Niflheim is considered a cold and dreary place, which probably is the reason why Helheim is considered gloomy as well. But descriptions of Helheim, particularly when Baldur is received by Hel, doesn’t look so bad.

Probably where the majority of the dead go in the world of Niflheim is Helheim. Seeing as it was considered beneath the ground, we can assume that this is where most Norse believed they would go. If you compare Helheim and Hades (of the Greek/Roman beliefs), we can see a lot of correlation between the two worlds. Both are places of rest for the dead. Both are guarded by hounds. Both have rivers (one requires a ferry; the other we have a bridge.)  I suspect that the concepts are very old and preclude either of the religions.  No doubt we inherited those beliefs from an older paganism that may have existed before the migrations.

Helheim seems to be a place of rest for most of the dead. Despite the gloomy name, it appears to be a place where you are reunited with your loved ones and do the things that we normally do in our lives. Graves are considered gateways into this world. Those families that are in a general region may apparently haunt places near where they lived. 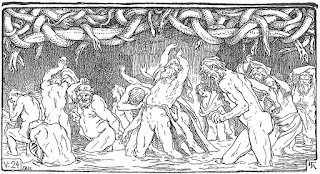 Unlike the Christian hell, most people in aren’t punished for their sins, with the exception of Nastrond. Like Tartarus of Greek and Roman Hades, it is a place of punishment for the worst criminals in Norse belief. Nastrond wasn’t only written in the Prose Edda, but also in the Poetic Edda, so we can’t necessarily blame Snorri for the similarity to the Christian hell. Nastrond is where Nidhoggr chews on the corpses of adulterers, oathbreakers, and murderers.

Those who die on the sea are destined to stay with the goddess, Ran. She takes sailors down to her hall where they reside. I have read something that states that they can travel the oceans, just as they had while living, but I honestly haven’t done much research on this.

Hall of Particular Gods or Goddesses

I’m pretty sure that if a god or goddess lays claim on you, you can end up in their hall when you die, rather than Helheim. I’ve seen this mentioned more than once by Heathens, and my own UPG confirms it.

One of the interesting beliefs is the Heathen version of reincarnation. You can be sent back through your family lineage if someone names a child after you. That’s an interesting concept, which means you better be particularly nice to your kids and grandkids if you ever want to be alive again.

I have some general thoughts about this, but this post is huge, so I just better leave it for the next post. Suffice to say, I have had experience with reincarnated animals, which does give me hope.

So, Where Do We Go When We Die?

In my darker moods, the skeptic in me says we all go to be food for worms. But that’s just my agnosticism occasionally breaking through. Regardless of our beliefs, death is a big unknown. That’s where religion comes in — to bridge the gap.  As I’ve said in my last post, it’s not a democracy as to who goes where when we die.  If the Christians are right, there’s a heaven and hell.  If we’re right, we have many places we could go, but most people are likely to end up in Helheim with their families. We may be all right, or all wrong. Much of it is reliant on whether we have a soul, spirit, or something that can go on.

Which Brings Us to the Concept of the Soul

Apparently, our ancestors didn’t do the Christian thing and have one soul.  Which is good, because it explains a lot more than the Christian counterpart.  However, this is something I want to explore more in-depth, which means you’re probably going to get some heavy-hitting posts over the next few weeks.
—