Are you a lone wolf Heathen?  Are you tired of the theodish groups telling you that you can’t be a 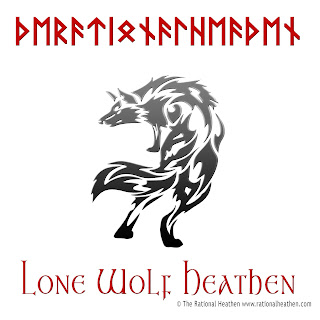 Heathen because you practice alone?  Guess what?  You’re not alone.  In fact, you are in the majority.  Welcome!

Huginn’s Heathen Hof came out with some interesting statistics that suggests that 64 percent of those who call themselves Heathen are indeed sole practitioners. This is a huge number when compared to the rest of Heathenry, and the apparent belief by some reconstructionists that you can’t be a sole practitioner.

Why So Many Solitary Practitioners?

A large portion of those who claimed to be solitary practitioners (36 percent) did so because there were no other Heathens near them.  The second highest group chose to practice alone because of the bigotry of many groups near them (14 percent).  There were a plethora of other reasons, too, such as the persons surveyed couldn’t find a group that they felt they fit into, they were too young or old, infighting among the community, and they just didn’t have time for it. 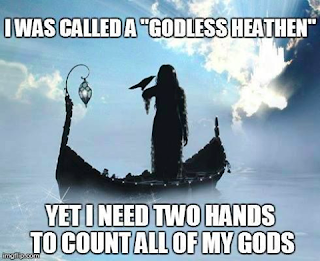 Our society today does not resemble the past societies of our ancestors. We’re more mobile, we don’t spend as much time in the community we live in as we ought to, and, quite frankly, there aren’t as many Heathens concentrated in a single place.  We’re aware of more people of various ethnicities who have also been called to the Heathen path, and most of us welcome them with open arms.  Many of us have friends with different backgrounds and experiences.  I know my closest friends from my childhood and college years live in Oregon, Virginia, Arizona, France, Ohio, Texas, and New York.  If I could call them all together, I would.  But they have their own lives, and I have mine.

How the Kindred has Changed 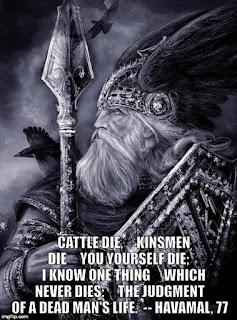 Back when our ancestors lived, we had to rely on the other Heathens for survival. A kindred wasn’t just a family; a kindred was your life line.  Without a kindred, you couldn’t be assured you would have food, clothing, and someone to guard your back.  They may have been assholes, but they were your assholes, dammit. You might not have liked them that much, but they were your support network in your time of need.

Our lives have changed tremendously since then.  In America, concept of the kindred dwindled to the extended family.  The family dwindled to the nuclear family. People moved to different states; the nuclear family has become the single parent family in many cases. Some folks have many relatives; others have few. Many are scattered, just like my friends.  My relatives live across several states and countries.  Many I haven’t seen or have known only on the Internet.  I’m good with that. 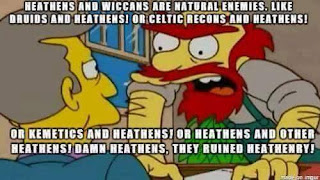 Some of us Heathens are solitary by nature. “Antisocial,” if you prefer.  I prefer the term “introverted.”  While I do join fellow introverts at cons and go to places where there are people, I really prefer to be alone.  Maybe you empathize with that?  I really despise someone telling what I can or cannot be by the sole reason of my personality.  As I’ve said in the past, if you follow the path of the northern gods, you’re a Heathen.  It doesn’t matter whether you are part of a kindred or not.

Maybe I’ve told you nothing that you don’t already know.  Maybe I’ve given you some encouragement.  Regardless, if you’re a lone wolf Heathen, know that you’re not alone.

—
Did you know that The Rational Heathen writes twice as much, and you can subscribe to the premium feed for just $1 for every new post?  It’s true!  And you can get all the back posts, a free eBook, free wallpaper, and a private forum to chat with me and other subscribers?  That’s a lot for the cost of a couple of cups of coffee a month. Sign up HERE and support The Rational Heathen.